20 reasons why you NEED to visit Canada

Wow, where do we even start with this one?

When most people think of Canada, they probably think of vast peaks and sprawling glacial landscapes. That's all fine and well, but really the first thing that you need to know is that Canada is incredibly diverse and pretty huge.

How huge, you ask? Canada spans over 9 million square km and comprises 6 time zones. You're probably not going to be able to explore those 9 million sq km in one lifetime, so we've decided to help you out. Here are our top 20 reasons why you need to visit Canada as a matter of urgency.

1. Get up close and personal (but not too close!) with a Grizzly bear 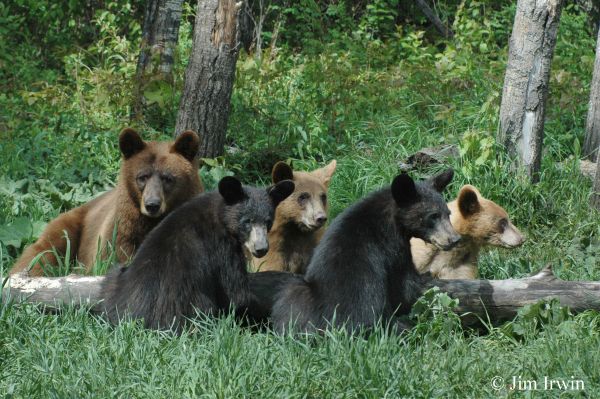 If you've been to a zoo recently you may have seen one of these beautiful creatures in captivity, but nothing can prepare you for seeing a Grizzly Bear in it's natural habitat. The best place to see these magnificent beasts is in Western Canada, where you can stay at Knight Inlet Lodge. If you want to see the bears fishing for salmon, the best months to go are August to September. 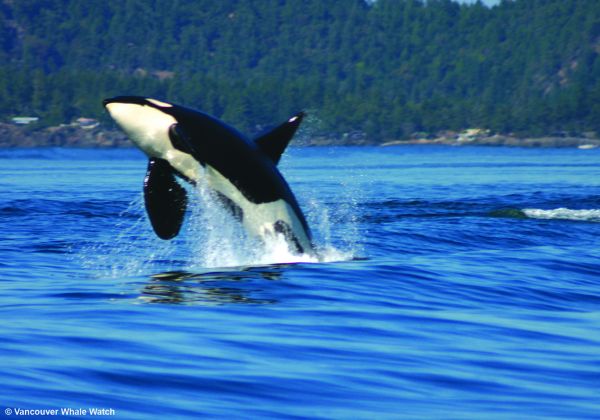 You loved Free Willy and you may have been to Sea World, but you haven't truly lived until you've seen these intelligent and beautiful mammals in the flesh. Although killer whales (also known as Orcas and Blackfish) can be found in all oceans across the planet, Canada is held to be one of the best places in the world to see Killer whales. The best part is, killer whales are highly social and often travel in close-knit family pods so you'll rarely just see one! 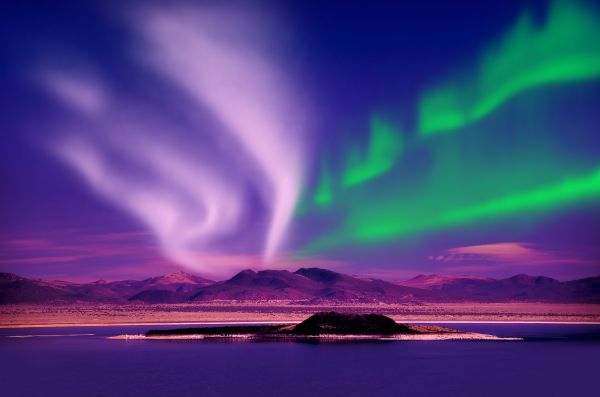 Canada's Yukon province is one of the best places in the world to see Aurora Borealis. There are a number of tours you can join that will give you the best chance of catching the magical Northern Lights. There's even an aurora forecast, called the Auroracast.

4. Hop aboard the Rocky Mountaineer 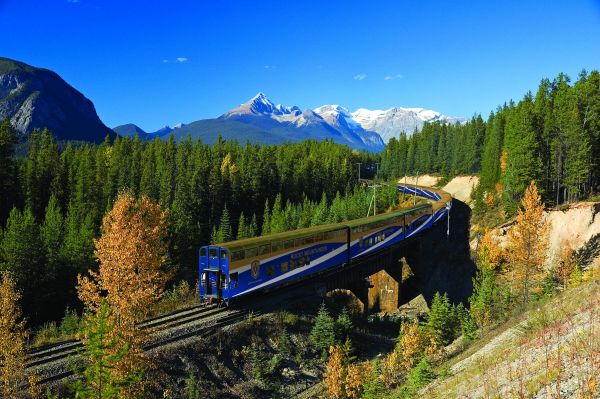 The Rocky Mountaineer is one of the most iconic railway journeys in the world. The railway has four principal routes:

The Journey to the Clouds route, which will take you on a mountain pass through the Rockies (Vancouver-Jasper) 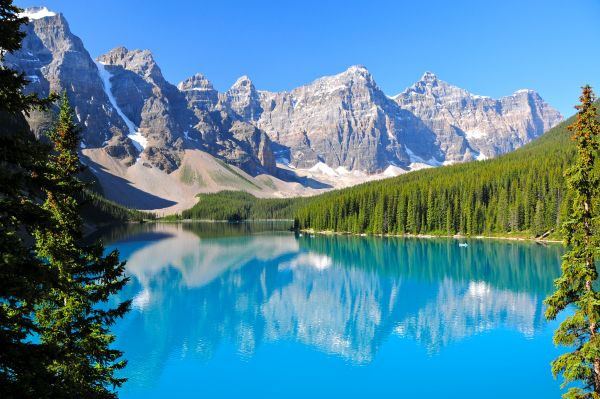 Ask yourself: can you afford not to see the most iconic mountain range in the world which was formed over 55 million years ago? Yep, that's what I thought. Both the Banff and Jasper resorts are great places to stay if you're planning on exploring the Rockies.

6. Drive along the Icefield Parkway and take a ride on the Athabasca Glacier or the new Glacier Skywalk 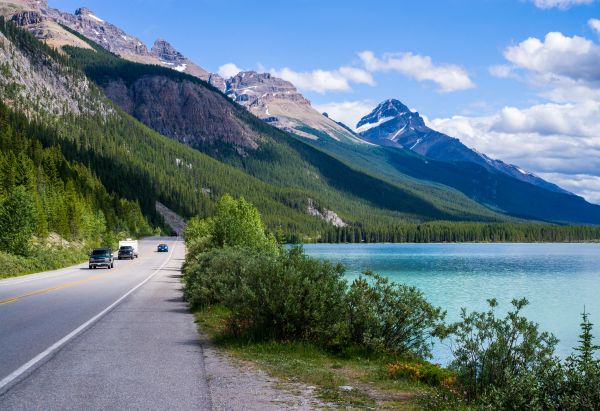 With our self-driving tour you'll drive by the Crowfoot Glacier, Athabasca Falls and Mistaya Canyon amongst other famous sites. 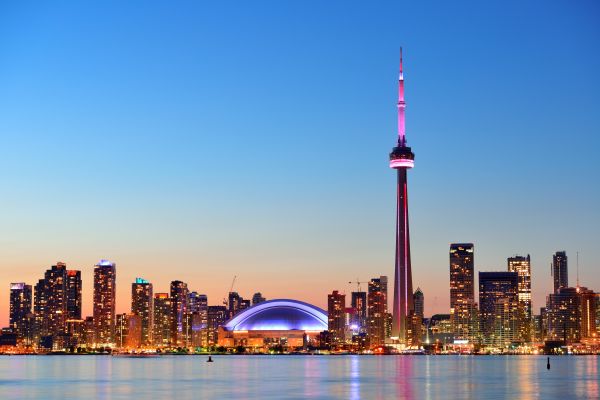 Canada's most populous city has a lot to offer in terms of activities and culture. From the famous CN Tower to the Royal Ontario Museum, you'll never be bored. 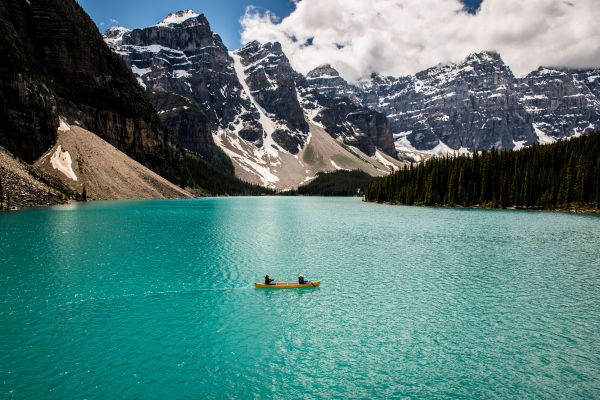 Witness the pristine and inspirational scenery of Lake Louise, 'The Jewel of the Rockies'. Moraine Lake is also famous for it's natural and pristine turquoise waters which have been coloured from glacial salt.

9. Get blown away by thundering Niagara Falls 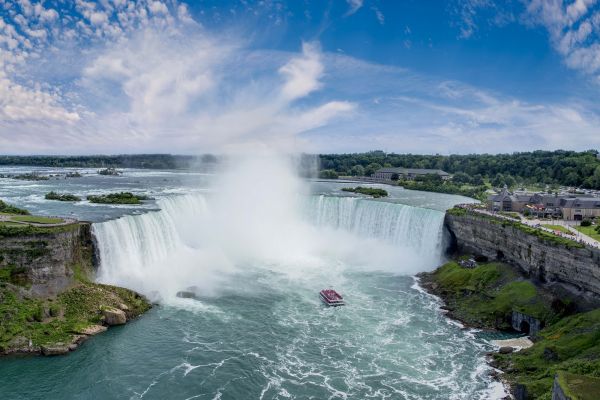 Figuratively - hopefully not literally. Although technically made up of three different waterfalls, Niagara Falls has the highest flow rate of any waterfall in the world, with over six million cubic feet of water falling over its crest every minute. Plus, it's only 75 miles from Toronto.

10. Stay in a traditional mountain lodge 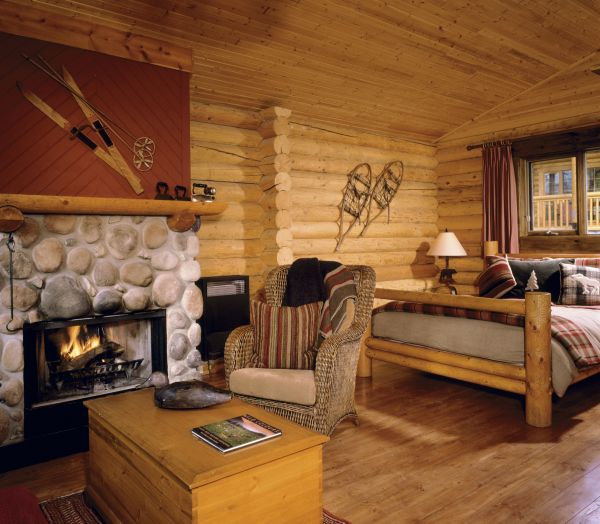 Surround yourself with the Pacific Northwest by staying in a real-life mountain lodge. The lodge pictured is located on Emerald Lake in the Rockies.

11. Immerse yourself in cosmopolitan Vancouver

Awaken your cultural side with Vancouver's Art Gallery or visit the world-famous Science World. You can also visit Stanley Park, an urban temperate rainforest, Grouse Mountain and the Capilano Suspension Bridge. If you're big into food, be sure to sample the local cuisine described by many as 'Pacific Fusion'.

12. Visit Whistler for skiing in winter and amazing outdoor pursuits in summer 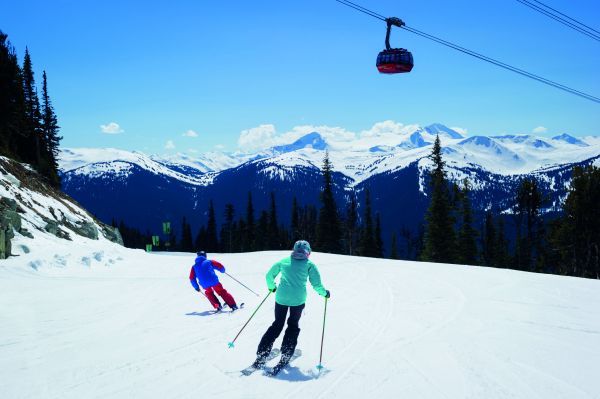 Whistler is best known as a winter ski resort, but like the rest of Canada there is some mind-blowing scenery to explore all year round. 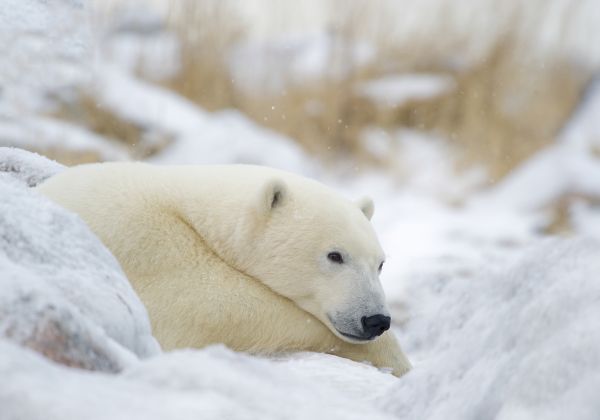 Grizzlies aren't the only bear that Canada is famous for - Polar bears are another of Canada's most famous residents. Experience this apex predator up close in Canada's arctic. 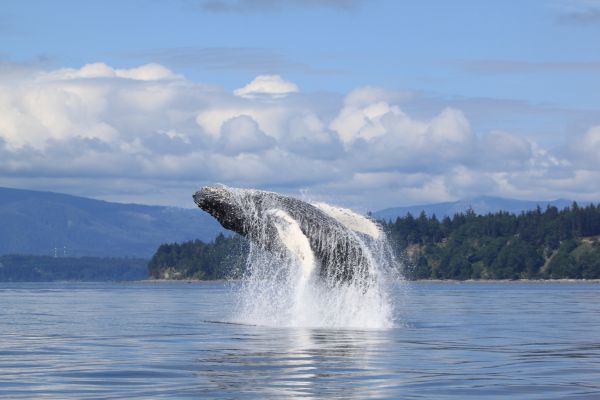 Had enough of exploring? Tofino and Ucluelet on Vancouver Island both have stunning (and relatively undisturbed) beaches that you can relax on. If you've got any energy left, you can still do the usual hiking, exploring and whale-watching that has come to define Canada as a holiday destination.

15. Stay in a luxury resort off the Pacific Coast 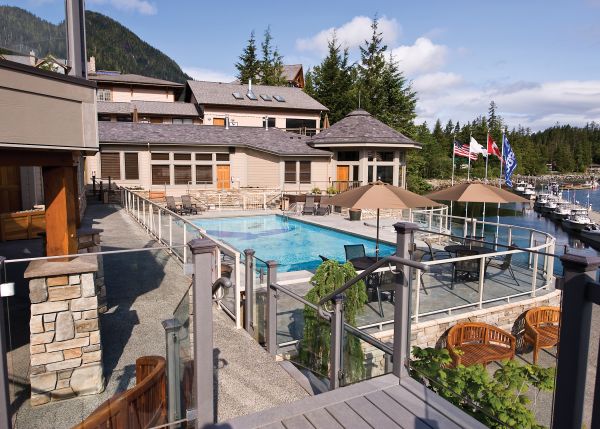 If you want to holiday in style and comfort while staying on the doorstep of the wilderness, be sure to look into staying at a luxury resort like Nimmo Bay, Sonora Resort or the Clayoquot Wilderness Resort. 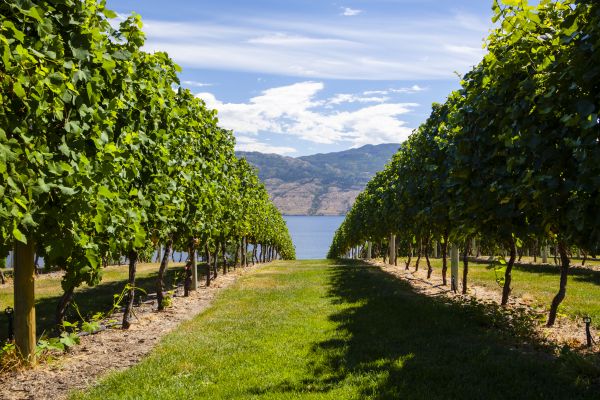 Did you think Canada was all snow and glaciers? Think again. The Okanagan differs from the rest of Canada because of it's dry, sunny climate. Even Cacti grow here.

17. Take the train across Canada 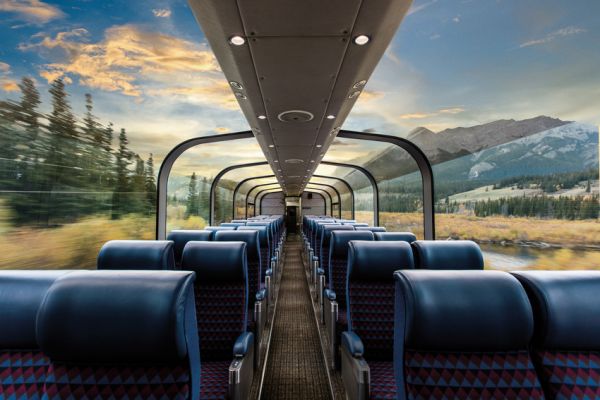 Why drive when you can hop on a train from Toronto to Vancouver and watch the stunning scenery go by on one of the world's most legendary railway journeys - The Canadian!

18. Visit the French province of Québec including Montréal 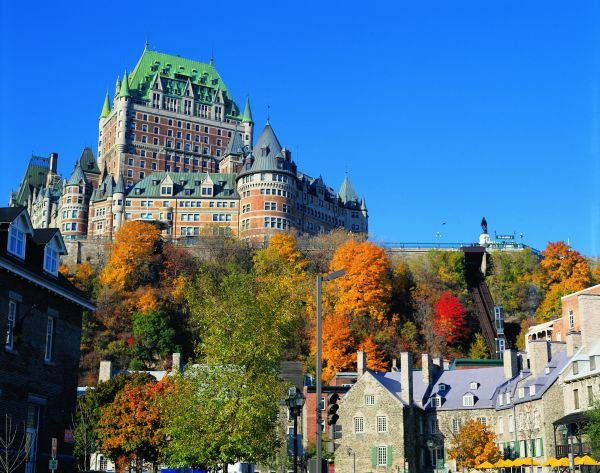 Québec city isn't to be scoffed at. There's loads to do in this ancient city such as visiting Old Québec (founded in 1608), staying in the first and only ice hotel in North America (which melts and is rebuilt differently every year) and relaxing on the Terrasse Dufferin. Don't forget your French dictionary though - Montréal is the 2nd largest French-speaking city in the world. 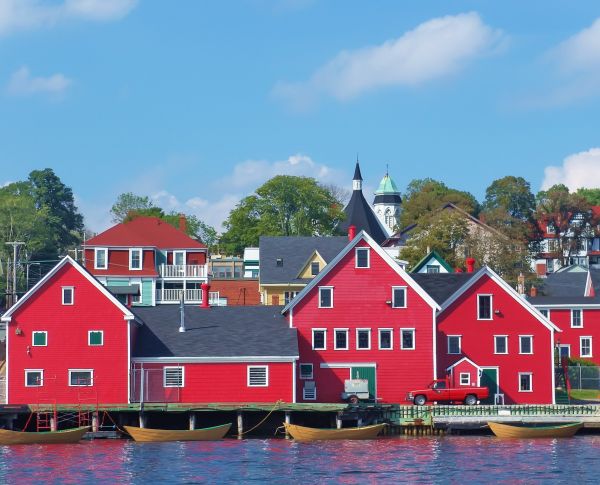 Atlantic Canada has 43,000 kilometres of coastline which runs across the provinces of New Brunswick, Newfoundland & Labrador, Nova Scotia and Prince Edward Island. This is the part of Canada closest to the UK, but in terms of its wildlife and scenery, it couldn't be further away. Go whale watching, kayaking and warm water swimming in Atlantic Canada. 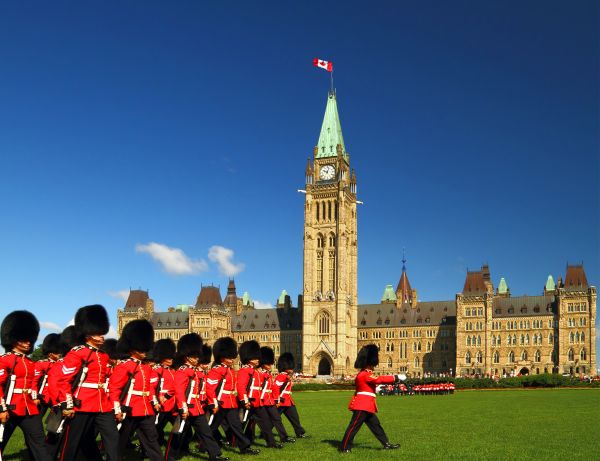 Last but certainly not least, be sure to visit Canada's capital city, Ottawa. There's the Rideau Canal, the Canadian Museum of Nature, the Canadian War Museum, the Canada Aviation and Space Museum and loads more.

Well, there you have it. Go forth and explore!

Be sure to check out our holiday packages to Canada if you'd like any more help or information on planning your perfect trip.