Most Scenic Places in New Zealand

New Zealand is a vast and diverse landscape; you'll see things here that can't be seen anywhere else in the world. Within a day or two’s drive you can see spectacular glaciers, picturesque fiords, rugged mountains, vast plains, rolling hills, subtropical forests, a volcanic plateau, and miles of coastline with sandy beaches. Much of these landscapes are protected by National Parks with thousands of kilometres of walks and trails opening their beauty to the public. 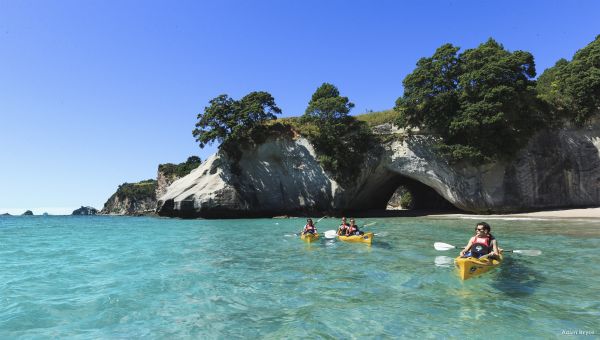 With around 15,000 kilometres of coastline and more than 25 marine reserves, ocean-scented scenery is entwined with New Zealand’s outdoorsy way of life.

New Zealand knows all the moods of the sea. On the east coast the Pacific Ocean plays along bays and beaches where white sand, surf and calm harbours provide enormous scope for fun. On the west coast the Tasman Sea, notoriously wild, breaks against rugged cliffs, weathered rocks and long, soulful stretches of black sand. 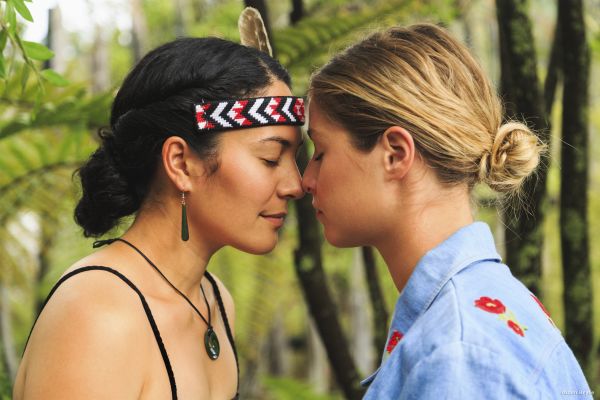 New Zealand's Maori culture emerged from Polynesian migrations that began around 700 years ago. While heritage sites and cultural experiences can be found throughout the country, some places have special significance. In Waitangi you can learn about the treaty that changed the course of New Zealand history forever. Central Otago still displays relics of the gold rush, when thousands of people flocked to the region in search of riches. And in Napier you’ll see a wealth of fabulous Art Deco architecture, which only materialised because the city was almost entirely destroyed by a huge earthquake in 1931. 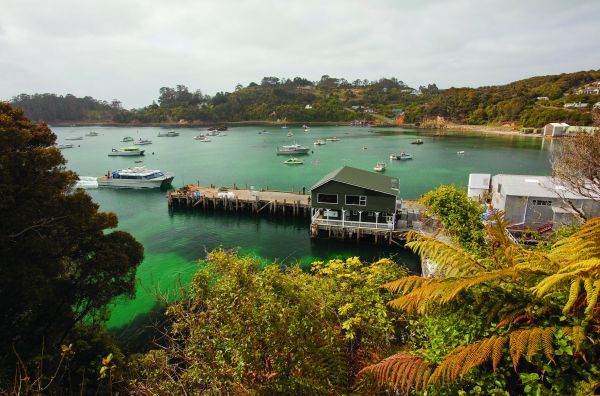 Shrouded in forest or speckled with farms and holiday homes, islands have a special charm that kicks in the moment you step ashore. Not counting the North and South Islands, the largest island is Rakiura - known to most as Stewart Island. This southern paradise is home to the country’s newest national park. It’s a place for hiking, bird watching and star gazing.

Other islands devoted to the protection of wildlife include Kapiti north of Wellington and Tiritiri Matangi in the Hauraki Gulf. From Auckland city, you can catch ferries to populated islands such as Waiheke and Great Barrier. Waiheke is a picturesque blend of farmland, forest, beaches, vineyards and olive groves. Further north you can discover the Bay of Islands, a large area of offshore islands between Cape Brett and the Purerua Peninsula. 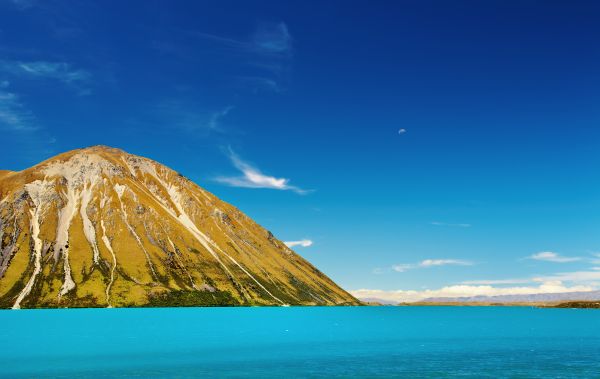 A lake in New Zealand can be a destination in itself or a moment of tranquility on the way to somewhere else. The biggest of the North Island’s many lakes is Taupo - it’s the size of small country and one of the country’s top trout fishing destinations. You can also catch trout in many of Rotorua’s crater lakes.

Most of the South Island’s lakes were born from the same kind of glacial action that created the fiords. Lake Te Anau is the largest, covering an area of 344 square kilometres. Lake Manapouri is often regarded as the most beautiful - it has 34 islands and is 440 metres deep in places. 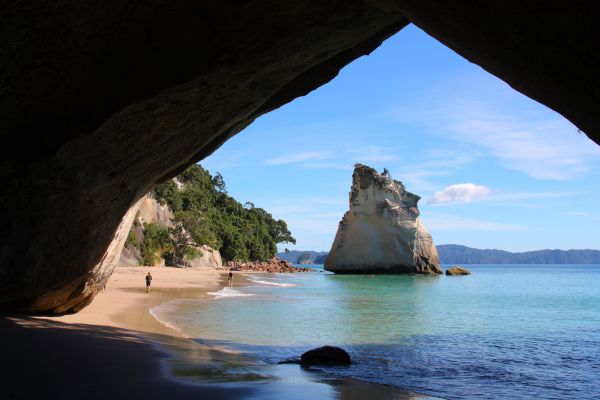 New Zealand’s first marine reserve was established in 1975 in an area north of Auckland known as Goat Island. It was one of the planet’s first no-take marine reserves. The fish in this reserve have had more than 30 years to get over their fear of humans. Today they play around you like puppies.

Every one of New Zealand’s marine reserves, and there are more than 25 of them, preserves an area that is valuable because it’s typical, unique or extremely beautiful. For example, Fiordland’s marine reserves protect the world's largest black coral trees - some over 300 years old. 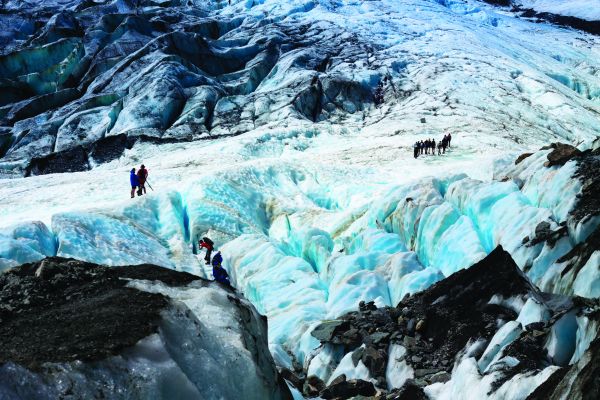 Ice ages, fault lines, volcanic zones and tectonic plate movements have all made their mark on New Zealand. It’s a dynamic environment, sandwiched between two oceans and perched on the Pacific Ring of Fire. When extreme events happen below or above the earth’s surface, unusual scenery is often the result.

For absolute in-your-face phenomena, the North Island never fails to satisfy. Active volcanic regions, including a marine volcano that you can walk through, are outward expressions of internal turmoil. Take a wander through the geothermal areas around Rotorua and Taupo - fumaroles, craters and geysers are endlessly fascinating. 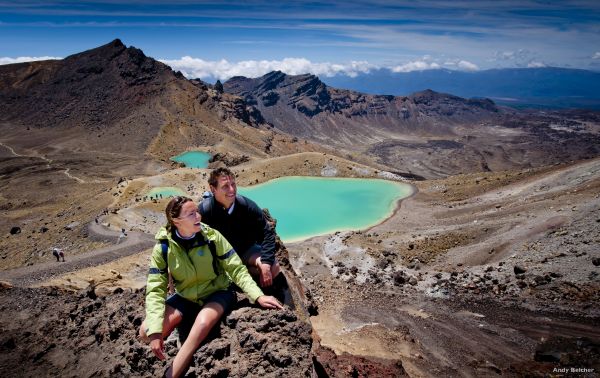 These protected places are a chance to leave civilisation behind for a few hours or days. Beautiful parks - both natural and created - are places to walk, practice your photography or doze under a tree in the sunshine. If you love wild places, there are 14 national parks to discover - from Tongariro in the North Island to Rakiura on Stewart Island. There are also numerous forest parks, scenic reserves, conservation areas and wildlife sanctuaries. For those who appreciate cultivated environments, beautiful gardens and public parks can be found in every New Zealand city. Enjoy rhododendrons in Taranaki, roses in Rotorua and camellias in Dunedin. 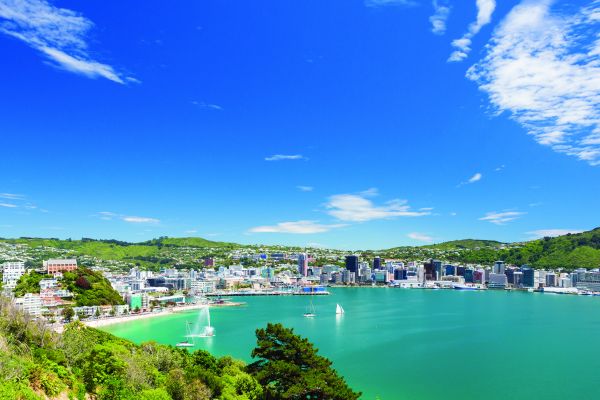 In a country with as many mountain ranges and volcanoes as New Zealand, huge views are part of the package. Fantastic urban panoramas can be found at the top of Mount Eden and One Tree Hill in Auckland, Mount Victoria in Wellington, the top of the Port Hills in Christchurch and Flagstaff Hill in Dunedin. There are many views that don’t require any climbing at all, such as the weird boulders at Moeraki on the Otago Coast and the outrageous Pancake Rocks at Punakaiki. 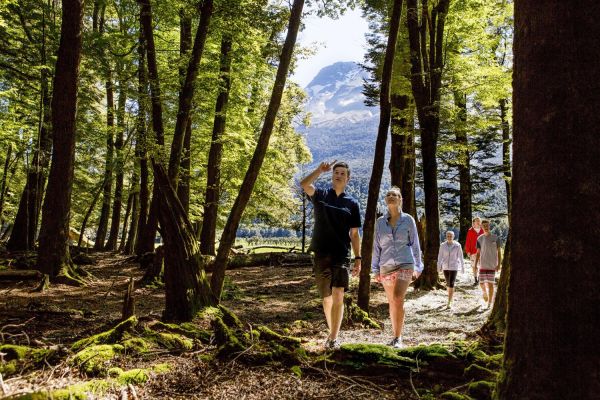 Hiking New Zealand is the best way to see beautiful landscapes and explore vast wilderness areas. So grab a pack and put on your walking boots. With thousands of kilometres of tracks, there are walking and hiking options to suit all levels of fitness and experience. Ranging between 30 mins and 3 hours, Short walks are everywhere and easily fit into travel itineraries. For something a little longer there are hikes of 4 hours to 8 hours offer an amazing array of landscapes. Or check out one of the country's stunning multi-day hikes, including New Zealand's nine iconic Great Walks, which feature some of the country's most spectacular scenery.

If you feel inspired to visit New Zealand, check out our New Zealand holidays at fcholidays.com/new-zealand/itineraries