Things to see in Australia

Australia is a land so vast and varied that it can seem a bit overwhelming when it comes to knowing where to start. The best thing to know is – there is something for everyone; from camel trekking on the pristine white sands of Cable Beach to witnessing the sunset over the orange-red hues of Ayers Rock. The following list of must-sees is by no means exhaustive, but why not use it as a tick-list for your initial must-visits, then venture on to explore the rest of Australia’s amazing attractions? 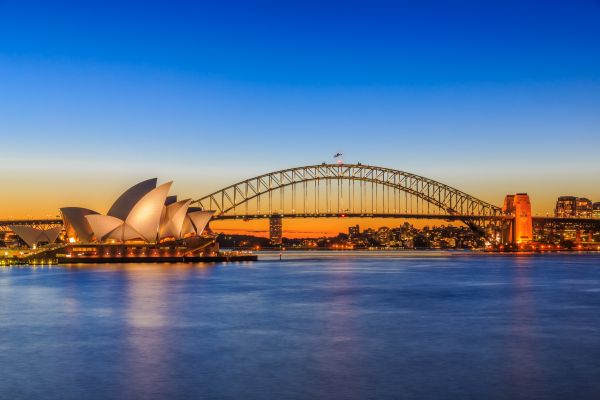 Sydney Opera House is a must-visit for any person travelling to this bustling city. In fact, it attracts more than 8.2 million people each year. This iconic Australian attraction hosts more than 40 performances a week across 5 stages, ranging from traditional opera to ballet. Whether you want to see a performance or explore backstage and the Green Room where the stars of the show gear up for the night ahead, there are a multitude of options available. Be sure to check out the Badu Gili lightshow. It isn’t advertised, but it takes place every night at sunset and it is completely free! 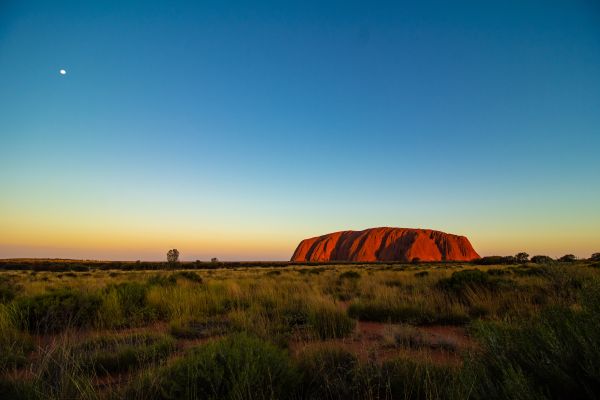 In the spiritual heart of Australia lies a giant sandstone monolith commonly known as Uluru, or Ayers Rock. Spanning a massive 9.6km (that’s almost 6 miles!) around its base, it is one of the world’s most amazing natural phenomena. Whether you want to explore on foot, on the back of a camel, from the sky or on a bicycle, there’s options for everyone. No matter which way you choose to explore this awe-inspiring sacred rock formation, make sure to stick around for sunset when the rock changes colour before your eyes. You’ll see an amazing display of reds and oranges against a purple-painted sky. 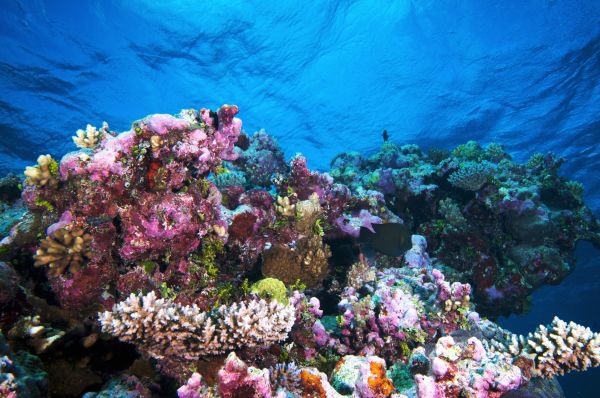 This World Heritage-listed reef just happens to be the world’s largest and longest coral reef system – so big, in fact, that you can even see it from outer space. To put that into perspective, the Great Barrier Reef is bigger than the UK, Holland and Switzerland…combined. The ecosystem is home to some of the world’s best marine life, including over 30 species of dolphin and whale. With over 900 islands, you’ll never be short of places to explore. Why not check out the powder-white sand beaches of the Whitsundays, or the private resorts of Hamilton Island? Or if it’s the marine life you want to see, head out on a live-aboard cruise to dive and snorkel to your heart’s content. For something truly magical, you can join a reef sleep and camp out under a blanket of stars. 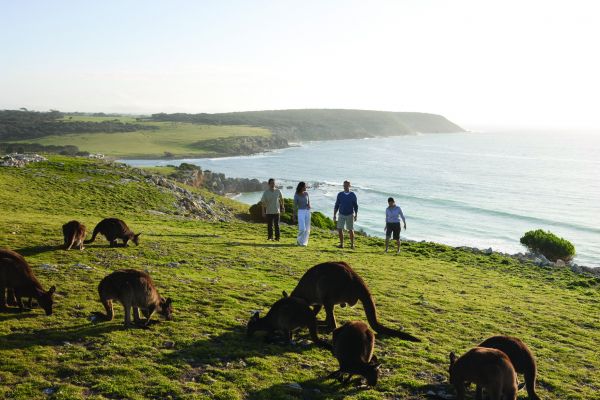 It’s hard to tell you’re just a 30-minute plane journey away from the hustle and bustle of Adelaide city life when you’re relaxing on the wildlife haven that is Kangaroo Island. Over a third of the entire island is protected by conservation areas, which means that you’ll find some of Australia’s best native animals enjoying their natural habitat. The rest of the island is filled with small towns and an abundance of greenery… and one of the world’s top four hotels, Southern Ocean Lodge. Be sure to take a stroll on the beach – you’ll be in good company. Colonies of sea lions laze around there and mobs of kangaroos roam free. A true wildlife paradise! 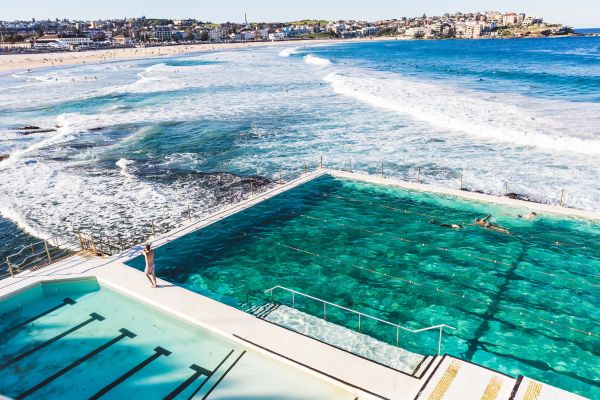 It’s Australia’s most famous beach for a reason. Think glistening white-sand beaches, ocean-front restaurants and world-class shopping and you’re almost there. Just 8km away from the hubbub of central Sydney, Bondi Beach is the perfect spot to relax, unwind and hit the surf. Between May and November, you may even spot a humpback whale or two as they migrate through Bondi’s northern headland. 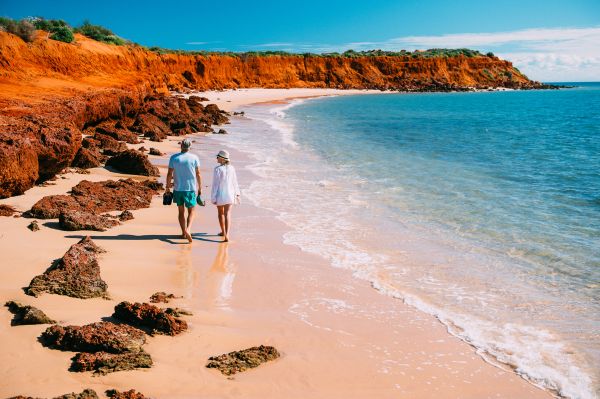 The most westerly point of the Australian continent is Shark Bay. Known as ‘one of the world’s greatest wilderness treasures’, it harbours a unique combination of wildlife, flora, and unrivalled stunning scenery. And it’s home to Monkey Mia, famous for its wild dolphin encounters. Every day you can interact with the dolphins as they come in to shore; you may even spot dugongs, sharks, rays, turtles and a variety of fish too. 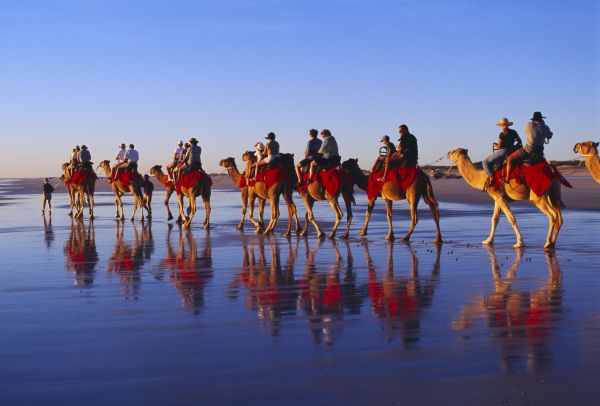 Stretching for 22 kilometres alongside the stunning turquoise water of the Indian Ocean, Cable Beach has gained a reputation as an Australia-wide and world-wide gem. It’s surrounded by sand dunes and red cliffs, and with beautiful resorts nearby, there is simply no better place to enjoy a beach holiday. Camel rides are a popular attraction here, but joining one at sunset is a truly magical experience. 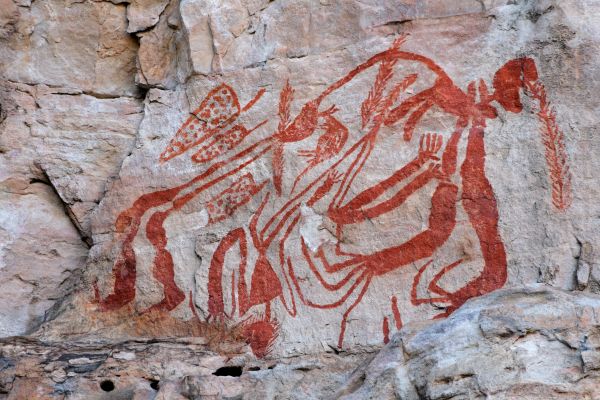 Kakadu National park has one of the world’s greatest concentrations of rock art sites; with some paintings thought to be up to 20,000 years old, it is a sight to behold. The paintings record Aboriginal life over thousands of years and show how the people of yester-years interacted with the environment. It also records some of the first interactions with non-Aboriginal people. 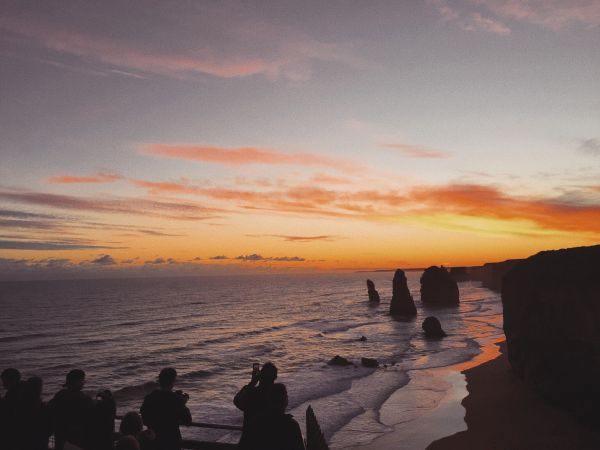 As if the rugged coastline of Victoria wasn’t beautiful enough, nature decided to place 12 magnificent rock stacks in the ocean. Rising dramatically from the Southern Ocean, the 12 Apostles are the remnants of the limestone cliffs of the mainland that existed 10-20 million years previously. They make for particularly great viewing at sunrise and sunset, when they change colour from dark and foreboding in shadow to a sandy yellow under the beaming sun. 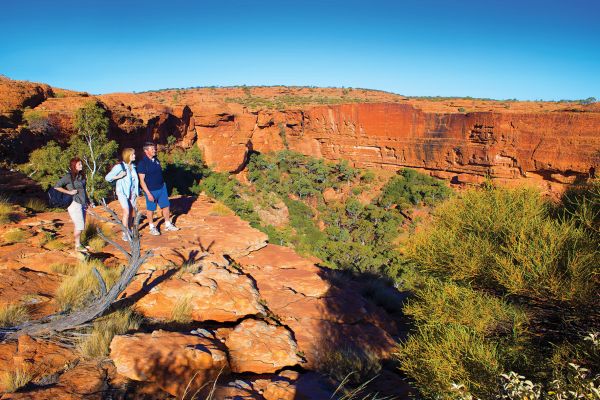 The soaring sandstone walls of Kings Canyon in Australia’s Red Centre has been home to the Luritja Aboriginal people for more than 20,000 years. Visit and you’ll not only learn about Australia’s fascinating history, but you’ll be in the presence of more than 600 species of native plants and animals too. Explore on a guided tour and make sure to stick around for sunset, when the views get even better than in the daytime.