Canada is lucky enough to be surrounded by three great coastlines teeming with marine wildlife. Whale watching is popular amongst locals and tourists because Canada’s waters are home to thirty-three whale species and chances are high that a short boat ride will take you into close contact with these beautiful creatures. 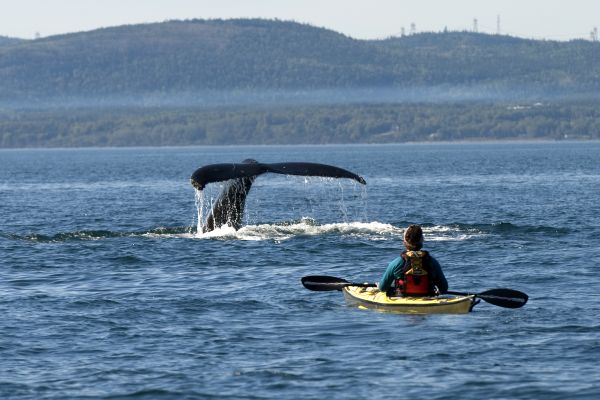 The best time to see whales in British Columbia is from the beginning of April through October. Telegraph Cove is located in a sheltered inlet at the north end of Vancouver Island an is known for its popular wilderness tours. Discover a modern fleet of watercrafts in search of migratory orcas, humpbacks, dolphins and sea lions. One of the most unique experiences you can find here are the Kayak with Killer Whales tours ranging from half day tours to eight-night kayak safaris. Departing Telegraph Cove you will glide across the clear waters of Johnstone Strait along the shoreline of Northern Vancouver Island. 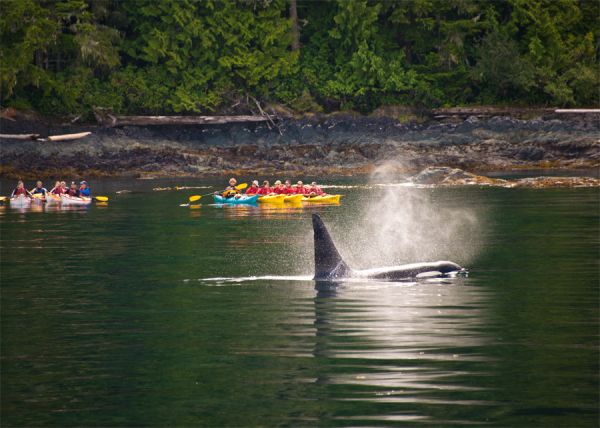 Tofino located on the western edge of Vancouver Island is one of the best places to enjoy a whale watching tour with a host of companies offering varying tours you can be spoilt with choice. What makes Tofino a hot spot for whale watching is the migratory season for grey whales heading north to Alaska in March then south again in October resulting in a long season to catch a glimpse of these giants. An impressive 20,000 grey whales are said to be part of the migration whilst Tofino is also great for sightings of seabirds, otters and seals. Many tour operators will offer a smaller Zodiac vessel for speed and getting closer to the surface of the water or take a larger aluminium boat for comfort, space and sometimes even an onboard bar.

The cold waters of the St Lawrence river merge with the warmer waters of the Saguenay River at a dream maritime village known as Tadoussac. Located in the province of Quebec, Tadoussac is a prime spot for whale watching as the convergence of the two rivers result in a swarm of krill attracting minke, beluga, blue and humpback whales for a great feast leaving onlookers in awe. The best time to view this marine buffet is from May to November when the whales are abundant so you’ll be spoilt for choice with tour operators. 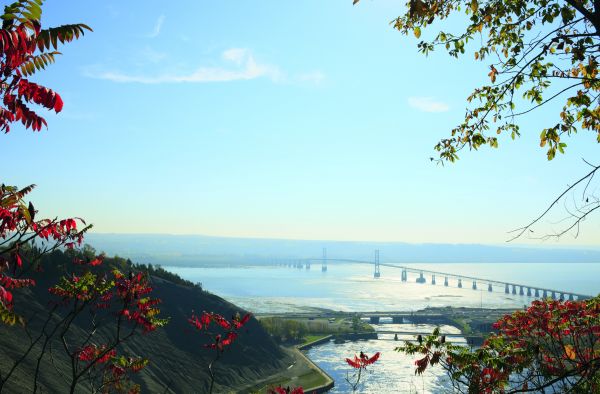 Cape Breton island to the north-eastern portion of Nova Scotia is a destination brimming with activity. The Cape Breton Highlands offer some stunning scenery and brilliant vantage points to spot whales even on dry land. The famous Cabot Trail traces the border between mountain and sea giving hikers unbeatable views of the coastline and colourful fishing villages. The best time of year is between June and August to join a charter or board a zodiac to get up close and personal with 12 species of whale that visit Nova Scotia’s shores including fin, minke and pilot whales. 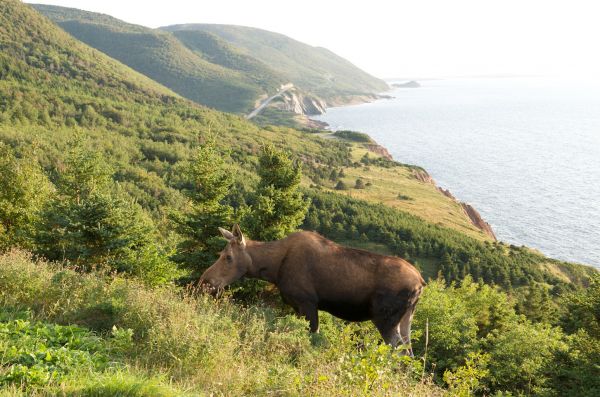 For an experience in a league of its own visit Churchill in Manitoba to see the ghostlike hues of the interactive beluga whale. The season’s peak is during the months of July and August when the docile species are migrating to colder waters to birth calves. These calm natured and curious creatures are not only easy to spot with their snow-white colour but also their bird like sounds used to communicate with one another, if you’re lucky they may even approach your vessel for a picture-perfect moment with nature.

If you've been inspired to visit Canada and have some one a of a kind experiences contact us today!