Since Banff – Canada’s first national park – Alberta has added four more to mix since the 1880s. These parks protect millions of years of history, rare wildlife and the kind of unreal nature that you have to see with your own eyes to believe. National parks help keep the species of today from disappearing like the dinosaurs. Just a few of Alberta’s protected creatures include: woodland caribou, Peregrine falcons, bison, sage grouse, swift foxes and burrowing owls.  And while some activities are limited in national parks, hiking, skiing and other active exploration is absolutely encouraged. 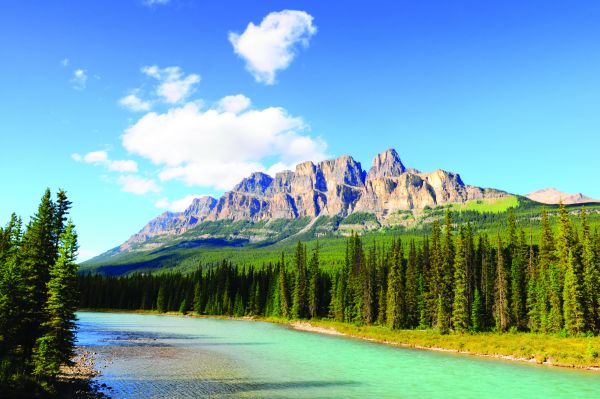 The elements that make the Canadian Rockies a year-round dream destination converge in perfect harmony in Banff National Park. Established after railway workers stumbled onto a thermal hot spring, Banff became Canada’s first national park in 1885 and today is part of a UNESCO World Heritage Site. Explore more than 1,600 km (1,000 mi) of maintained trails on foot, by bicycle or on horseback. Visit in winter and ski some of the finest powder you could find. The alpine towns of Banff and Lake Louise have all the amenities and everything you need to stay and explore this magical place.

Jasper National Park has thousands of square kilometres of practically untouched alpine wilderness. It’s glorious if you’re into wildlife, exploring mountains, and other spectacular kinds of outdoor activities. Have you ever heard of canyoning? It’s where you literally descend sheer canyon walls. Many ropes are involved, and even more adrenaline. You can do it in Jasper National Park, and there are guides on-hand to help you into the swing of things. In summer, you can take a boat cruise on Moraine Lake, hike through the Athabasca River valley, learn to ride a horse, and look up at night when it gets very dark. What more do you need? Winter here is just as good as the summer; ski or snowboard to your heart’s content on world-class slopes for all abilities. 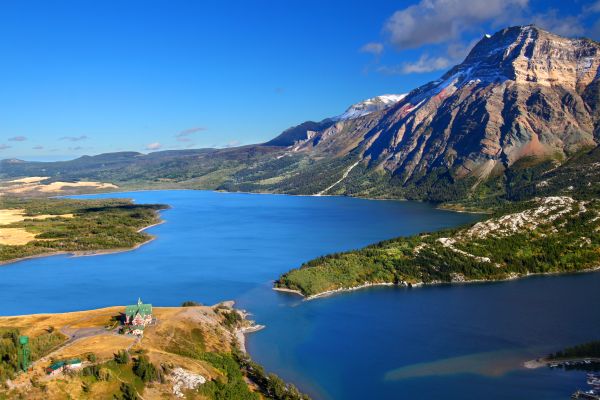 Small, but mighty, Waterton Lakes is the smallest national park in the Rockies, but that just means you can explore more of it in a shorter amount of time. This is the only spot you’ll find a UNESCO World Heritage site, an international peace park, a dark sky preserve and a biosphere reserve. It’s one of nature’s best works. In winter the park is tranquil and serene, making it perfect for relaxing and unwinding at a lodge after a day of snowshoeing.

Just 50 minutes from downtown Edmonton, Elk Island National Park boasts incredible experiences that will remain with you long after you leave. Spread a blanket and gaze at a starry sky undiluted by city light, or tour behind the scenes at a bison handling facility and learn how this magnificent animal was brought back from near extinction. Elk Island National Park is not only an important refuge for bison, elk and more than 250 bird species, but is also an oasis of calm for day picnickers and overnight campers alike. 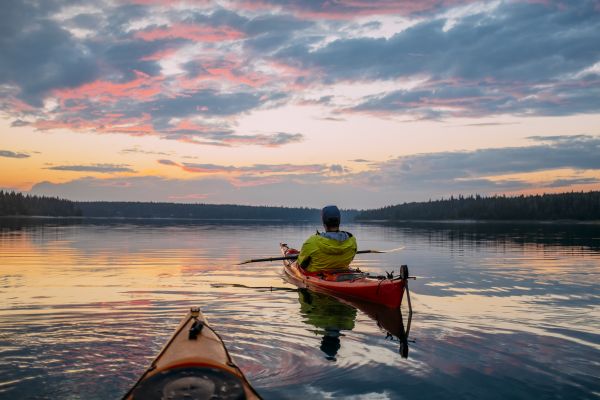 Wood Buffalo National Park is a World Heritage Site, Canada's biggest national park and the largest Dark Sky Preserve in the world. Straddling the Alberta and North West Territories border, Wood Buffalo is a vast wilderness of sprawling grassland, boreal forests, crystal salt plains and the largest freshwater delta in North America. The park, which was created in 1922 to protect the last remaining herds of free roaming buffalo, is a haven for wildlife, including bears, deer, wolves, moose, wolverine and the endangered whooping crane.
Inspired by this incredible beauty that exists in Alberta? Call our Canada experts on 0161 888 5632 for a free no obligation quote and start planning your dream holiday to Canada today.