1. You’re so close to a coast of discoveries

Atlantic Canada is home to New Brunswick, Newfoundland & Labrador, Nova Scotia and Prince Edward Island and is just a 5-6 hour flight from the UK. In fact, it is the closest North American destination from Europe, so your coastal adventure isn’t far away! 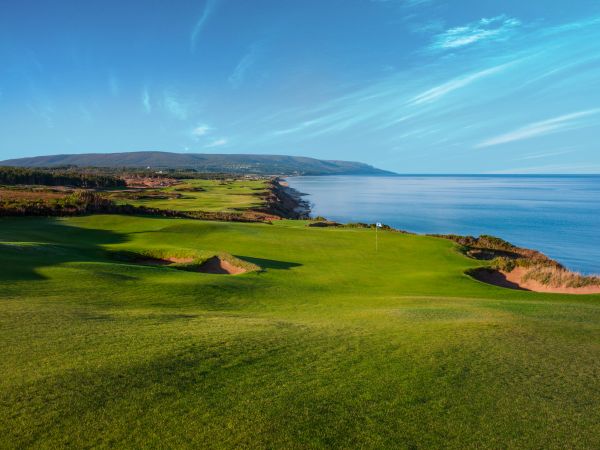 With over 43,000 kilometres of diverse coastline, Atlantic Canada has so much to offer.

Prince Edward Island is all about the beaches; take a hike along one of the many trails or simply enjoy a day lazing in the sun. On the South Shore, see the famous jagged red sandstone cliffs and don’t forget to visit the beach with ‘singing sands’ on the Eastern end of the Island.

Nova Scotia and New Brunswick share the Bay of Fundy, home to the highest tides in the world at 50 feet. Take a walk around Hopewell Rocks which have been carved by the power of the tides, then just six hours later kayak up to 50 feet higher at the very same spot! Be sure to look out for wildlife in the bay, whales can often be spotted.

Newfoundland & Labrador’s rugged coastline is famous for its icebergs. Iceberg Alley stretches from the coast of Labrador to the northeast coast of Newfoundland and is perfect for iceberg viewing during the spring season. Afterwards indulge in iceberg water, vodka, rum, gin and even iceberg beer!

The waters around Atlantic Canada are home to whales, dolphins, sharks, seals, seabirds and more. Whale watching is a “must do” activity; trips can be taken from Newfoundland & Labrador, the Bay of Fundy between New Brunswick and Nova Scotia and from Cape Breton Island in Nova Scotia. Those who don’t have strong sea legs can spot puffins, seabirds, moose, black and brown bears, deer, caribou and more all in their natural habitat in Atlantic Canada 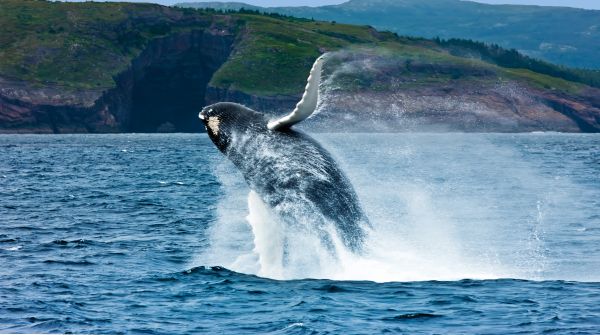 4. Absorb the culture in Halifax:

The vibrant seaport capital of Nova Scotia, Halifax is Atlantic Canada’s largest city. Take a stroll along its waterfront and past historic sites, shops, restaurants and attractions. Take a visit to the Canadian Museum of Immigration at Pier 21 or discover the province’s connection to the Titanic at the Maritime Museum of the Atlantic.

Enjoy a stroll around the stunning Victorian gardens in the heart of the city at the Halifax Public Gardens.  Afterwards, experience Alexander Keith’s Nova Scotia Brewery, one of the oldest working breweries in North America where costumed guides lead the way through music, stories and yes, beer. 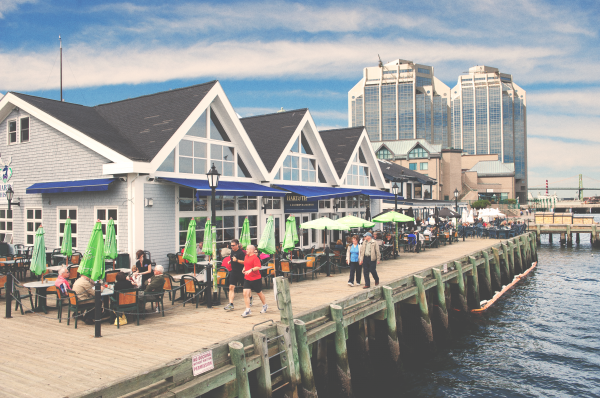 5. Explore the many faces of nature:

With a total of nine national parks, Atlantic Canada is perfect for those who love the outdoors. Hike the famous Skyline Trail in the Cape Breton Highlands, Fundy National Park in New Brunswick or Gror Morne National Park in Newfoundland & Labrador.

Golf enthusiasts will recognise Prince Edwards Island as Canada’s number one golf destination with over 30 golf courses. There are endless activities, from sea-kayaking, canoeing and biking to swimming in the warm waters or taking a yoga class on the beach, all with the region’s natural beauty as your stunning backdrop.