Highlights of the Deep South

There aren’t many places in America that can match the Deep South for charm, character, history, quirkiness and amazing food. Plantation homes still dot the sweeping bends of the Mississippi River, and Alabama's cotton and sugarcane fields are reminiscent of scenes from Gone With The Wind.

The Deep South is home to alligators, colourful birds and tropical vegetation. Cajun culture is alive and kicking; the Deep South has music running through its soul. It was the birthplace of soul, jazz, blues, and rock 'n' roll, and you can tell! Here’s our highlights guide to the Deep South. 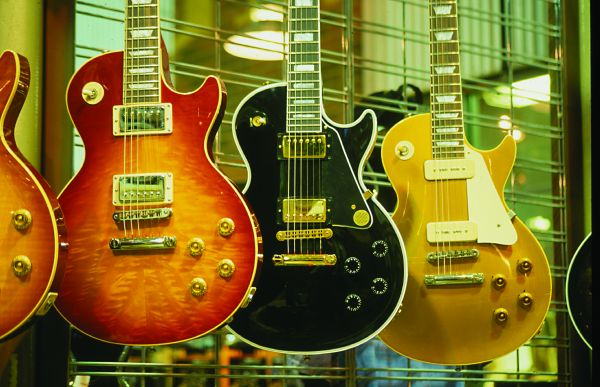 Memphis
Beale Street is the famous Memphis strip that played host to the birth of blues, the civil rights movement, rock ‘n’ roll and some of the best BBQ in the country. Legendary greats such as B.B. King, Isaac Hayes and others showcased their talents on Beale Street. Sun Studio is where Elvis recorded his first single; considered by many to be the most famous recording studio in the world, it's where rock ‘n’ roll was born and made. Take the guided tour, hear the stories and then grab the shuttle to Graceland to continue your musical pilgrimage.

Alabama
The Alabama Music Hall of Fame, located in Tuscumbia, showcases the state's musical heritage.  The annual W. C. Handy Music Festival is enjoyed by tens of thousands at various venues in the Muscle Shoals area the last week of July.  The many Shoals-area music studios feature prominently in the history of rock ‘n roll and R&B through the 1960s and 1970s.  FAME, located in Muscle Shoals, and the original Muscle Shoals Sound, located in Sheffield, are studios that proved to be fertile ground for international superstars like Aretha Franklin and the Rolling Stones.

Louisiana
This year Louisiana is celebrating one of their proudest assets - their music. Louisiana has a deep musical tradition of creating, enjoying and sharing its indigenous music, such as jazz, Cajun and zydeco. They are also proud of their musicians' major contributions to blues, rock'n'roll, country and gospel. Louisiana music is featured throughout the state with festivals, clubs, restaurants and on the streets, so there is never a shortage of beats to which you can tap your feet.

The French Quarter, New Orleans
From fine dining to casual local eats, the French Quarter is the best place to sample Creole and Cajun cuisine and truly has something for every taste. Dine in classic white tablecloth splendour or munch on a muffuletta (a popular sandwich) from Central Grocery, the original home of this Italian delicacy and definitely don’t miss the iconic Café du Monde, home of the famous beignet, or French doughnut.

Soul Food & Barbecue, Alabama
When it comes to authentic Alabama cuisine, you can't beat the soul food and barbecue cooked up low and slow all across the state. Pork, chicken and beef are cooked to perfection and served with sauces that you'll want to bottle by the gallon. In North Alabama, you can try just this at award-winning Big Bob Gibson's.

Kentucky
While best known for its signature drink offerings (bourbon, wine, and the famous Kentucky Derby mint julep), The Bluegrass State is also home to a number of innovative food dishes and a hearty culinary heritage. Kentucky is famous for foods such as country ham and hot browns, burgoo and benedictine, spoonbread and corn pudding, and, of course, finger-lickin’ good barbecue and fried chicken. Home to the world-famous KFC - Kentucky cuisine is a treat for your taste buds! 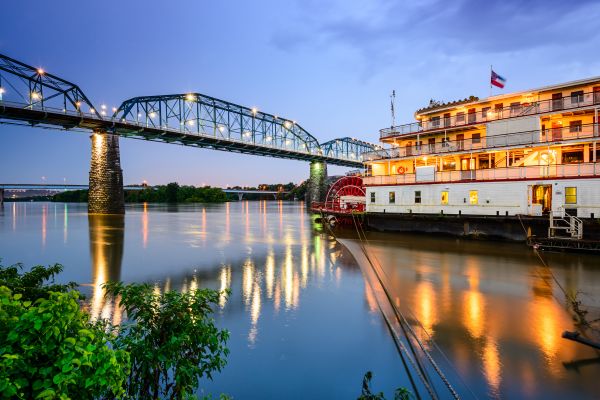 The French Quarter, New Orleans
Take a stroll or a carriage ride through Jackson Square as you enjoy street performers and local artistry. This picturesque square and dramatic garden, sitting just in front of the iconic St. Louis Cathedral, offers a charming and intimate French Quarter view. A picnic in Woldenberg Park provides a great view of the Mississippi River and passing barges and steamboats.

Tennessee
Tennessee is more than a holiday – it is an experience. Step onto the grounds of Dollywood and mount the new Wild Eagle thrill ride or challenge each other the  treetop obstacle course at Ruby Falls in Chattanooga. Explore the beauty of the sea at the Tennessee Aquarium in Chattanooga, home to 12-foot sharks and tropical fish. Or maybe you’ll understand the true beauty of Tennessee when you take in the grandeur of the 6,000-foot ridges of Great Smoky Mountains National Park, one of America’s most visited.

Kentucky
Also known as ‘The Horse Capital of the World’. Get up close and personal with over forty breeds of horses at the Kentucky Horse Park in Lexington. Visit retired champions at Georgetown’s Old Friends Farm for Retired Thoroughbreds. Take in the Track Kitchen and watch the morning workouts at the Keeneland Race Track in Lexington. Explore the history and pageantry of the greatest two minutes in sports at the Kentucky Derby Museum and Churchill Downs, Louisville. And if you’d like to mount up and take a ride, stables can be found in communities throughout the state. For a true ‘yesteryear’ experience, be sure to head to Farmington Historic Home. No house in Kentucky more gracefully embodies Federal architecture than Farmington. The present 18-acre site includes an elaborate early 19th century garden, stone springhouse and barn, cook’s quarters and kitchen, blacksmith shop, museum store, and remodelled carriage house. 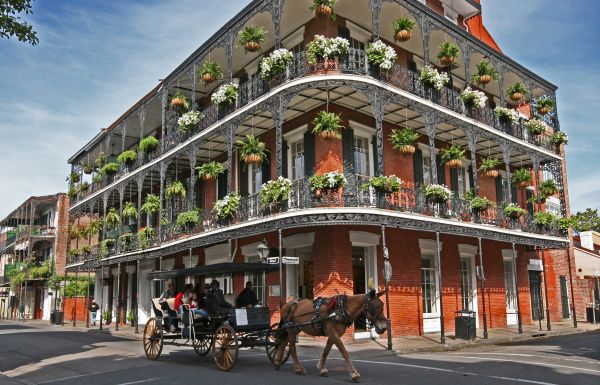 The French Quarter, New Orleans
French Quarter architecture blends Spanish, French, Creole and American styles together in an idyllic, enchanting setting. Walled courtyards, perfect for French Quarter parties, are a gift of the Spanish influence. Cast iron balconies were added to many masonry buildings after 1850, when Baroness Pontalba included them on her fashionable row houses near Jackson Square. These lacy galleries, along with plentiful stoops and porches on younger buildings, make the Quarter a great place for people watching.

Louisville Water Company Pumping Station on River Road, Kentucky
The ornamental water tower was built in 1856, making it the oldest one of its kind in the world. It stands a whopping 169-feet tall. It was built before the famed Chicago Water Tower. Both the tower and the pumping station are designed in the Greek Temple architectural style and are listed on the National Register of Historic Places.

The Old Louisiana State Capitol, Louisiana
The state house is one of the most distinguished examples of Gothic Revival architecture in the United States. Designed by architect James Harrison Dakin, its floorplan, towers, exterior stained glass windows and gables give it the appearance of a 15th-century Gothic Cathedral. It is decorated with cast-iron, which was both cheaper and more durable than other building materials used at the time. The building design was so unusual and distinctive that its romantic, medieval appearance earned the Old Statehouse ridicule from the timelessly famous author, Mark Twain. 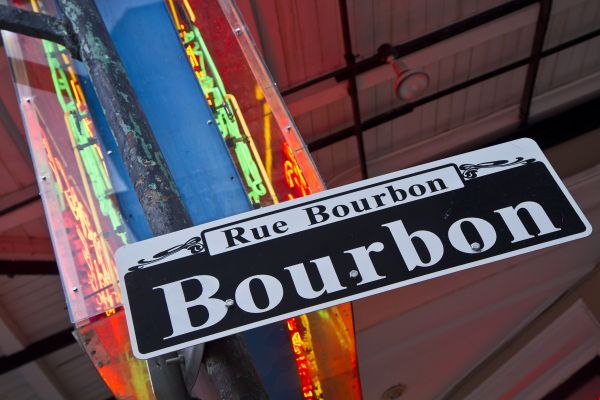 The French Quarter, New Orleans
From antiques and books to clothing and accessories, the French Quarter is full of boutique shopping. Browse treasures on offer at the French Market, once a 1920’s Italian Market. The space is filled with funky shops and grassroots art galleries. Stroll down Royal Street for a glimpse at galleries featuring antiques and work by local artists, or meander down Chartres Street for a look at clothing, shoe, and accessory boutiques.

Memphis
Whether it’s thrift-shopping down Summer Avenue, digging through dusty Midtown record bins for hidden gems or bargain hunting at any of a number of East Memphis malls, visitors with a love for shopping will find just about everything a heart desires in Memphis.

Nashville
There are nine malls, including the bargain and designer factory shops at Opry Mills, near Gaylord Opryland Resort. You’ll have no trouble finding the requisite t-shirt or boots, but there are plenty of funky fashions, accessories and art in the neighbourhood districts of 12 South, Hillsboro Village, Berry Hill, Eighth Avenue South and East Nashville.

When should I visit?

The southern states are hot and humid from July to August, but tend to be mild between November and April. April, May, June, September and October are generally the best times to visit; the days are warm and nights are cool. It’s best to avoid coastal areas from June to September, as there can be heavy rain and occasional hurricanes.