Take a journey on board Rocky Mountaineer and let yourself get lost among stunning scenery as you gaze upon some of Canada’s most breath-taking locations. Rocky Mountaineer offers three incredible routes across British Columbia with premium service for guests as you travel through changing terrain. As night falls you won’t miss a second of the action as the rail service runs only during daylight hours achieving the best visibility from end to end with overnight stays in each destination. Experience panoramic views from custom-designed glass-dome coaches or step into the outdoor viewing area. Taste the locally inspired cuisine on board as you travel and listen to the friendly and informative Hosts as they share stories of the region and help identify some unmissable sights such as the ones highlighted here. 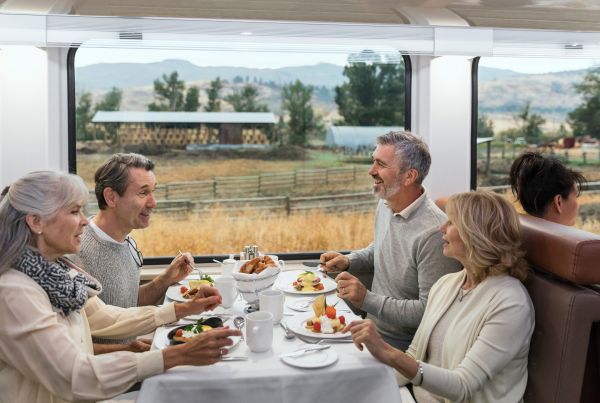 On the First Passage to the West route Rocky Mountaineer will pass one of Banff National Park’s most recognisable landmarks, Castle Mountain. This Mountain has earned its name because of its distinctive shape after many years of erosion acting at different rates along the peaks forming a castle like appearance. Many vehicles driving the Trans-Canada Highway will get a perfect view of the staggering height of this landmark and assume its inaccessible to hike but the peak can actually be ascended from the backside of the Mountain. 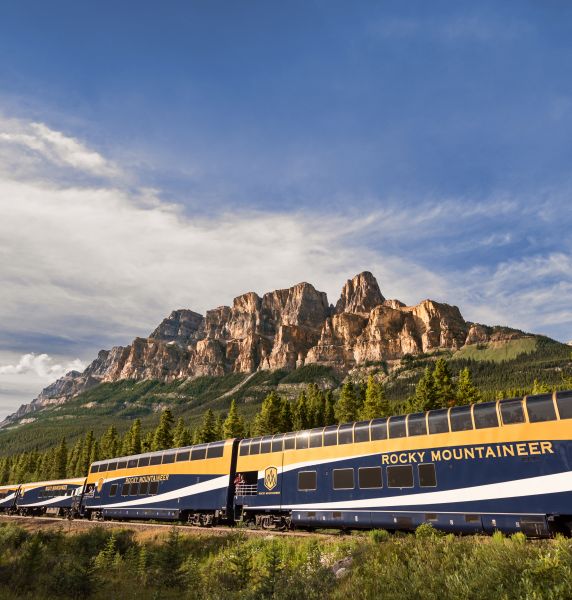 First Passage to the West route will transport you through the Shuswap region providing stunning lake views the whole way through. Shuswap Lake is the centre point of a large stream and is 89km in length. Sicamous located on Shuswap Lake is the houseboating capital of Canada and houseboating season runs from June to October so if you’re lucky you might see a few people out enjoying the water. One of the many reasons this area is so popular aside from the watercrafts is the surrounding scenery and pristine environment which make this region perfect to relax as you take in the views by land, sea and rail. 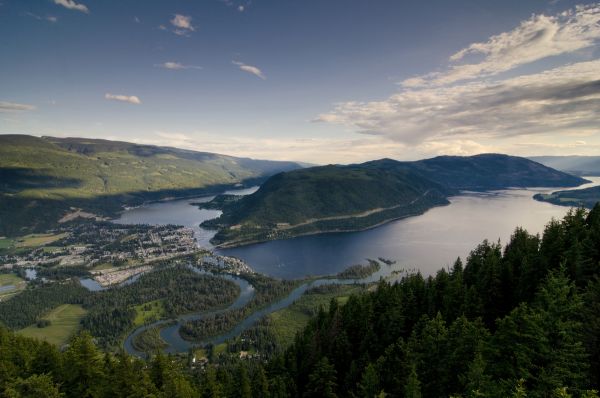 The Journey through the Clouds route will take you past Pyramid Falls which is inaccessible by vehicle or trail but simply there to be admired as you pass by. The falls descend from a hanging valley above North Thompson River. The Pyramid Creek crashes over three step-like layers before landing on bedrock which thrust the water sideways fanning into a pyramid shape thus earning its name. 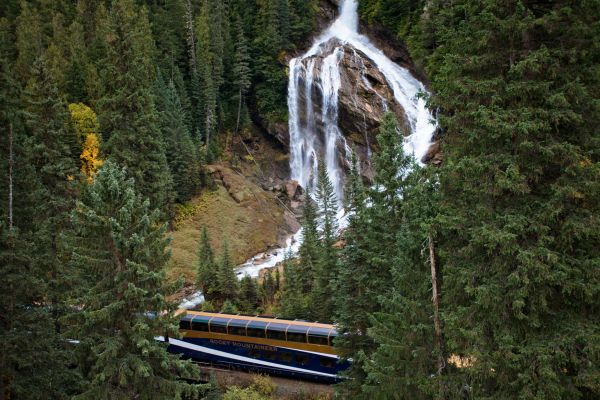 During the Journey through the Clouds route you will be in awe of Mount Robson, hard to miss as it’s the highest point in the Canadian Rockies at 3,954 meters. Passing through Mount Robson Provincial Park will have you in awe with the stunning scenery surrounding the mountain such as lakes, rivers, snow capped peaks, valleys and falls. The area is great for heli-hiking to get the most of a day up in the alpine with unbeatable views, wildlife watching is common as is camping during backcountry trail hikes. 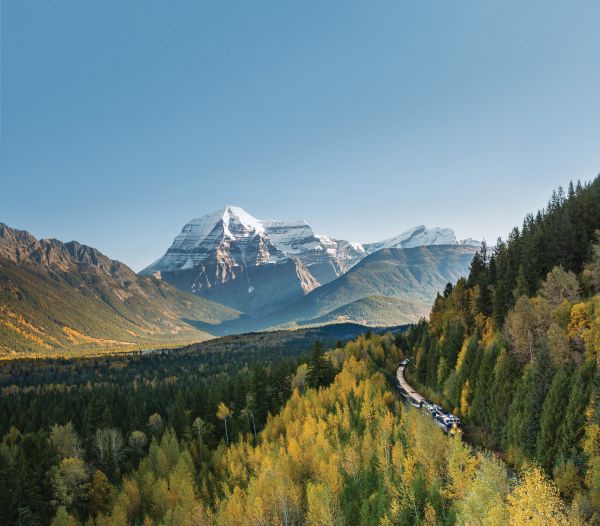 The Rainforest to Gold Rush route will take you to the remote reaches of the Fraser River. The Fraser River is actually the longest river in British Columbia travelling almost 1400 km starting in Mount Robson Provincial Park and flowing out to the Pacific Ocean past Vancouver. The river supports five species of Pacific salmon and is the largest sockeye producer in the world, it’s very popular for fishing with locals. At the basin of the river you can spot bear, deer, caribou and wolf just to name a few during the summer months. 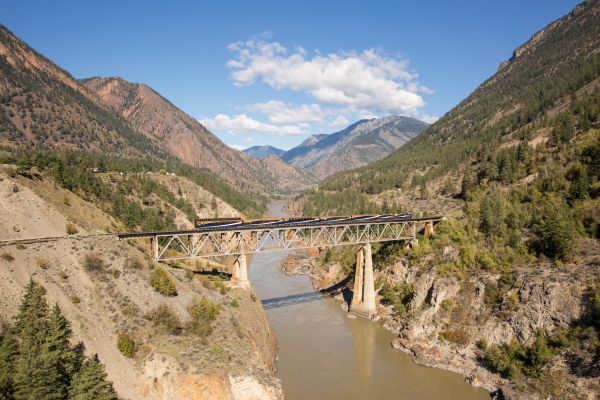 If you have been inspired to experience the Rocky Mountaineer and discover some truly one-of-a-kind experiences, contact us today!