New Zealand’s South Island hosts the purest natural landscapes you’ll ever experience. From wildlife to wineries, from glacial valleys to star-filled skies, nature's best flourishes against a palette of dramatic scenes.  Here, towering alps meet peaceful sounds and rugged coastlines merge with sweeping plains. Let’s not forget the backbone of the island - the most down-to-earth locals you’ll ever meet. 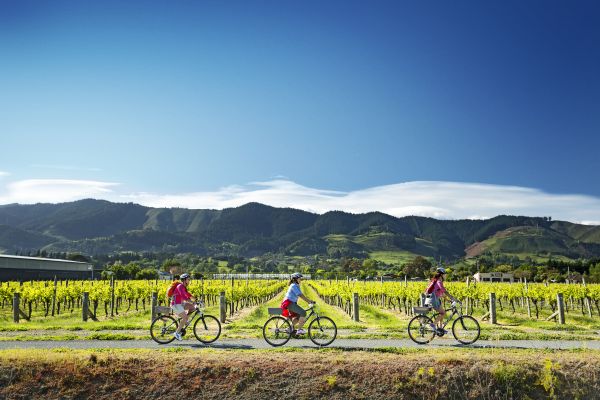 The best way to describe Nelson Tasman is a 'lifestyle'. Situated at the top north-west of the South Island, it is the sunniest region in New Zealand. Nelson Tasman's diverse geography captures everything from the long golden beaches to untouched forests and rugged mountains.

Perhaps it’s the sun, perhaps it’s the location, but Nelson, New Zealand, has long been a magnet for creative people. There are more than 350 working artists and craftspeople living in Nelson, traditional, contemporary and Maori. Visit their studios and find a unique piece to take home with you. 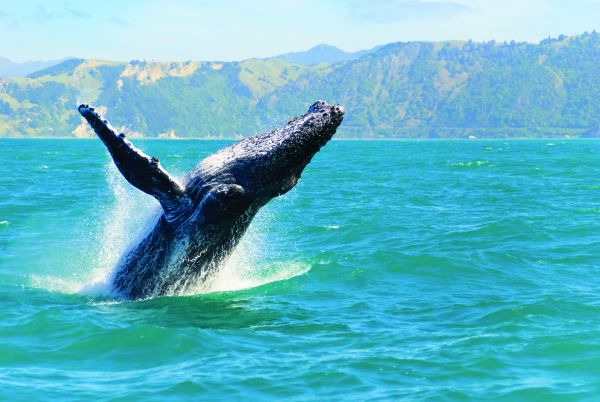 The picturesque coastal town of Kaikoura is the perfect place for marine life encounters, coastal walks, and tucking into a plate of crayfish. Kaikoura is a base for wildlife experiences of all kinds – it’s also a great place to eat crayfish (in the Maori language 'kai' means food, 'koura' means crayfish). An easy two-hour drive north of Christchurch, Kaikoura makes for a great day trip or a fun stop on your way to Marlborough. 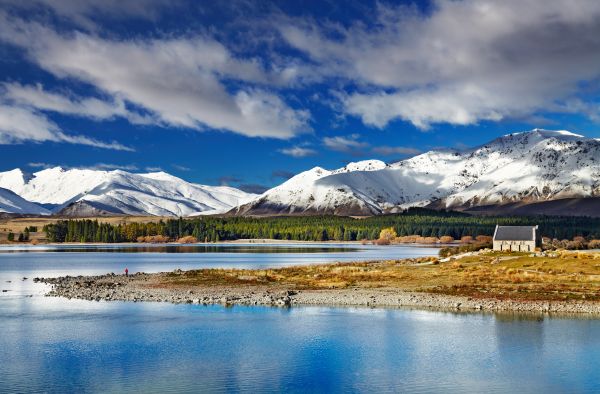 Located in the middle of the South Island, Canterbury is easily accessible by air, land and sea. Within two hours of an international airport, you can ski, play golf, bungy jump, go whitewater rafting, mountain biking, wind surfing, whale watching, and visit world-class vineyards and gardens. Where else in the world can you do that? 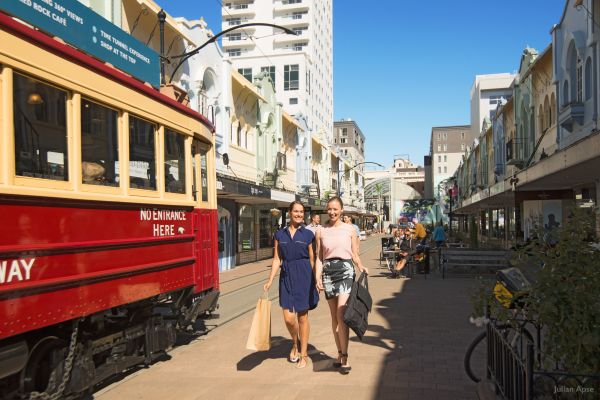 Christchurch is one of the world’s most unique destinations, combining urban regeneration and innovation with heritage, culture and exhilarating activity. Set against a majestic alps to ocean backdrop, Christchurch offers visitors one of the world’s most unique destinations. Urban regeneration, creativity and innovation flow through the city with new restaurants & bars, street art and vibrant new retail areas. At the same time the city stays true to its heritage, offering a traditional English feel. 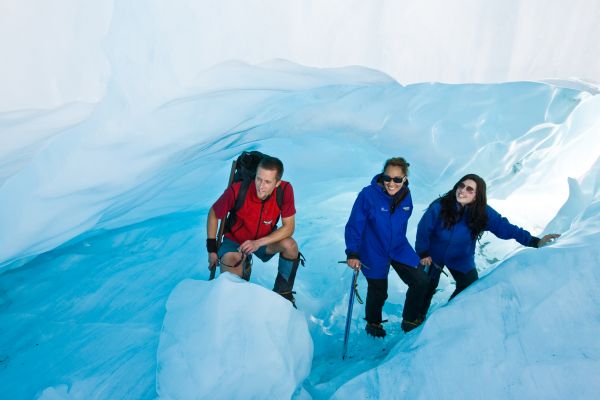 Witness the puzzle of huge valleys of ice that extend well below the snowline, almost to the sea. Here the ice age is still underway. While glaciers around the world are retreating, the Fox and Franz Josef glaciers still flow almost to sea level. The temperate climate at this low altitude means these glaciers are among the most convenient to visit in the world. Easy walks to the foot of the glaciers pass along ancient river valleys with steep sides bearing gigantic horizontal scars from when the glaciers have retreated and advanced over millennia. When you stand close to the foot of these glaciers, their sheer enormity is very humbling. 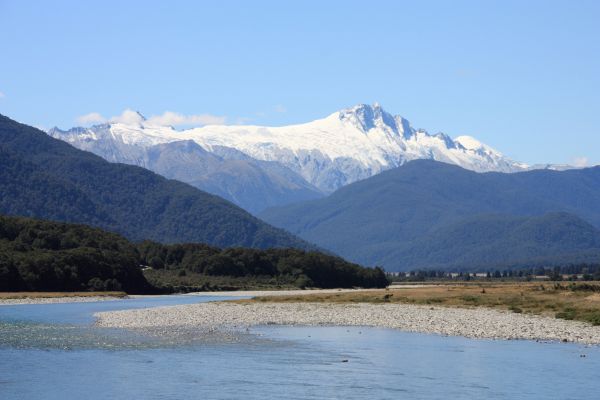 Allow plenty of time to journey over Haast Pass to the coast. Short walks begin at the road's edge, leading you through rainforest to fabulous waterfalls. The drive from Wanaka to the West Coast passes through spectacular scenery. This route was a traditional pathway for Maori journeying west in search of pounamu (greenstone or jade). The basins that are filled by Lake Hawea and Lake Wanaka were gouged out by the Hawea and Wanaka Glaciers. 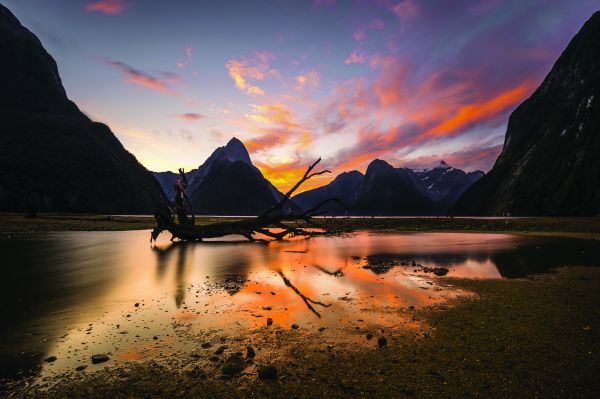 Situated on the west coast of the South Island, Milford Sound is a fusion of spectacular natural features with amazing visual cues around every corner. Described by Rudyard Kipling as the 'eighth wonder of the world', Milford Sound was carved by glaciers during the ice ages. Milford Sound is breath-taking in any weather. The fiord's cliffs rise vertically from the dark waters, mountain peaks scrape the sky and waterfalls cascade downwards, some as high as 1000 metres. 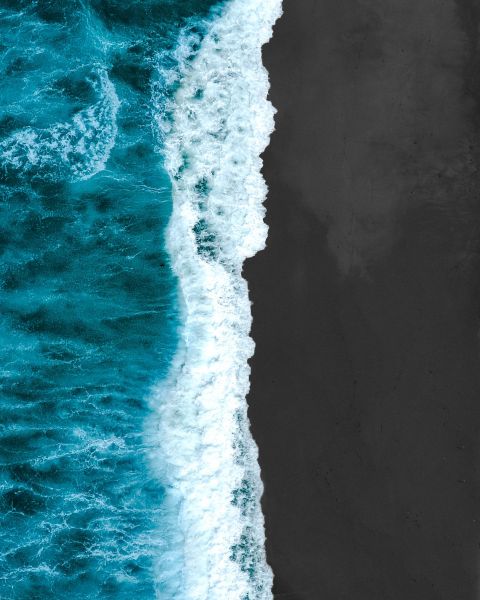 One of the most dramatic and beautiful parts of New Zealand; the power of Fiordland's scenery never fails to enthral travellers. This remarkable natural environment features stunning fiords, spectacular waterfalls and snow-capped peaks. Ancient rainforest clings impossibly to the mountains; waterfalls tumble hundreds of meters into massive fiords; shimmering lakes and granite peaks look the same today as they did a thousand years ago. 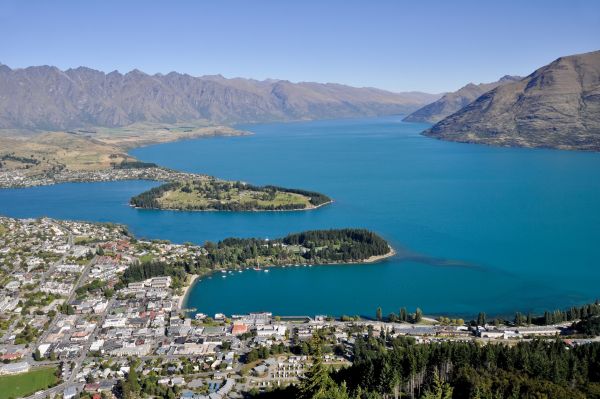 Queenstown is one of New Zealand's top visitor destinations and if you come to the region you'll understand why. Queenstown sits on the shore of crystal clear Lake Wakatipu among dramatic alpine ranges; it’s rumoured that gold prospectors - captivated by the majestic beauty of the surrounding mountains and rivers - gave this now cosmopolitan town its name. With a plethora of outdoor activities, Queenstown is the home of the ultimate adventure bucket list. 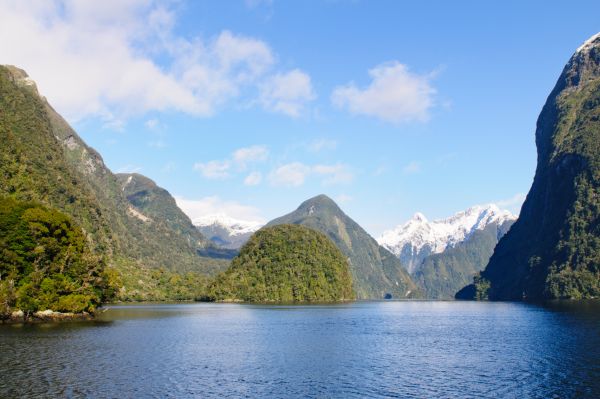 From Manapouri you can arrange transport to Doubtful Sound, the deepest and second longest of New Zealand's fiords. Sometimes called the 'Sound of Silence' Doubtful Sound is the deepest (421 metres) and second longest (40 kilometres) of the South Island's fiords. The powerful serenity of the fiord, named Doubtful Harbour by Captain James Cook, who didn't sail into the inlet because it looked a bit tight, contrasts with the nearby Milford Sound. 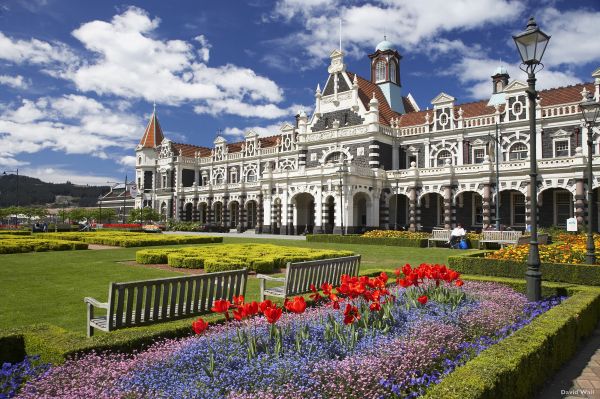 Dunedin is a region of unique landscapes and fascinating cultural history. Enjoy getting close to rare wildlife and soaking up the quirky city vibe. Known as the Edinburgh of New Zealand, Dunedin is the country's city of the south, wearing its Scottish heritage with pride. Surrounded by dramatic hills and at the foot of a long, picturesque harbour, Dunedin is one of the best-preserved Victorian and Edwardian cities in the Southern Hemisphere. The accommodation is good and plentiful; the nightlife buzzes with funky bars and delicious restaurants and the natural attractions are unique and fascinating. 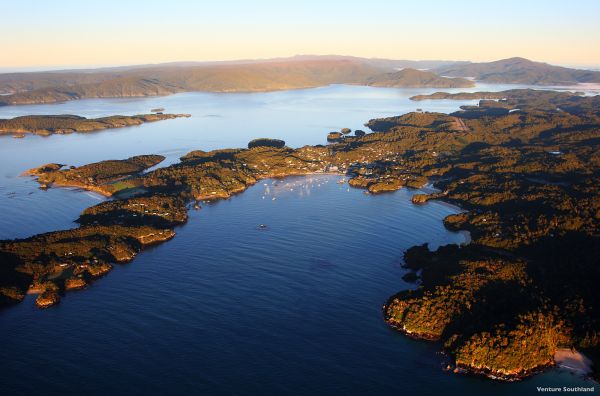 Stewart Island is New Zealand's third largest island, situated 30 kilometres south of the South Island, across the Foveaux Strait. In the Māori language, it’s known as Rakiura which means ‘the land of glowing skies’. You’ll get an inkling why when you see the Aurora Australis which often appears in these southern skies.

Stewart Island is a haven for brown kiwi or Tokoeka, which outnumber humans on the island and are active day and night. Blue penguins and the rare yellow-eyed penguins waddle among the rocks. Offshore on Ulva Island, you’ll find a predator free bird sanctuary with dozens of native species.

If you feel inspired to visit New Zealand, check out our New Zealand holidays