With its swath of wild coastline, New Brunswick offers visitors a considerable number of outdoor activities including hiking, whale watching, bird watching, kayaking and mountain biking. It is also home to a robust array of festivals, and cultural events, along with a healthy smattering of museums and art galleries. Here are just a few of the best places to visit during your time in New Brunswick.

The Bay of Fundy 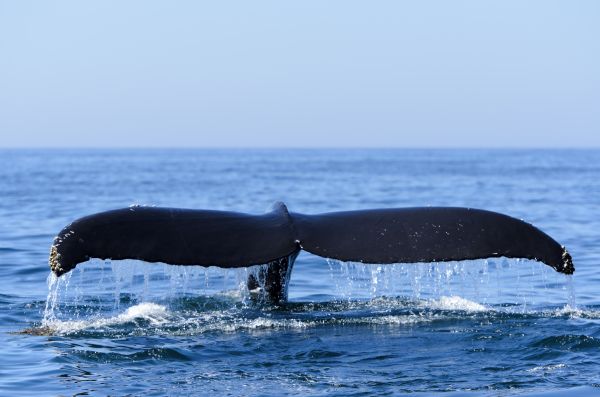 A staggering 100 billion tonnes of seawater flows in and out of the stunning Bay of Fundy twice a day. An excellent spot to experience the bay’s tides is Hopewell Rocks, which is home to the world’s highest tides. At high tide visitors can kayak off the coast and as the tide shifts and the sea recedes, you can walk along the ocean floor to see its oddly shaped rock formations.

During summer and fall, 12 species of whales come to feed in the bay’s waters, including half of the world’s endangered North Atlantic Right whales. Visit the island of Grand Manan from mid-August to mid-September for the best whale watching.

And for the more adventurous, the 1,500-mile Stonehammer GeoPark, with its rock formations said to date back 1 billion years, offers visitors 15 nature-related excursions from sea cave explorations to self-guided geology walks. 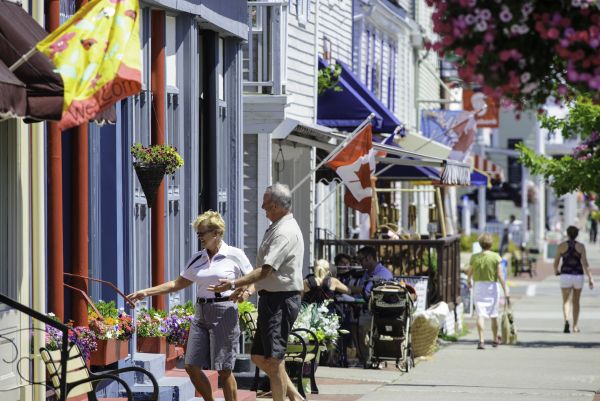 Back in the day, St. Andrews-by-the-Sea served as a haven for wealthy New Yorkers and Bostonians. The charm that brought those visitors here more than 100 years ago is still in evidence today. Half the town’s buildings predate 1880 and encompass architectural styles ranging from Norman farmhouse and Georgian to Gothic, Queen Anne and Greek Revival. The town is even named a National Historic District due to the history of the buildings and houses, which were barged up from New England by the United Empire Loyalists who resettled in Canada after the American Revolution.

The town is also home to Kingsbrae Garden, set on 27 acres and featuring more than 2,500 varieties of perennials in addition to a robust variety of trees and shrubs.

If you want to learn more about the natural beauty of the Bay of Fundy, head to the Bay of Fundy Discovery Centre. It comes complete with a 40,000-gallon habitat devoted to Bay of Fundy species, including sturgeon and salmon. It even has a 30-foot-high display detailing the bay’s tides!  Or see the real thing and enjoy a whale watching excursion on the Bay of Fundy.

The big news for the town, though, is the re-opening of the Algonquin Resort. Following a two-year renovation, the Tudor-style property (which dates back to 1889) was painstakingly restored to preserve its half-timbered and stucco façade, 96 Juliet balconies and 16 second-floor patios. 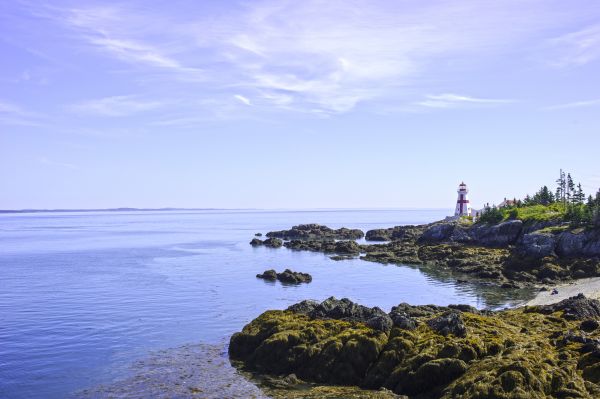 Lying in the Bay of Fundy not far from St. Andrews are the Fundy Islands of Campobello, Grand Manan and Deer Island.

Last year Campobello Island, home to the Roosevelt-Campobello International Park and Franklin Delano Roosevelt’s summer home, celebrated its 50th anniversary. Visitors can participate in a complimentary “Tea with Eleanor” to hear about the longest-serving First Lady in U.S. history. For a minimal charge visitors can reserve a seat and receive a recipe booklet of Eleanor’s favourites. The park also opened a new restaurant, The Fireside, last year.

Tranquil and picturesque Grand Manan and Deer islands, which are dotted with fishing villages, offer travellers an array of outdoor activities including sea kayaking, cycling and hiking. 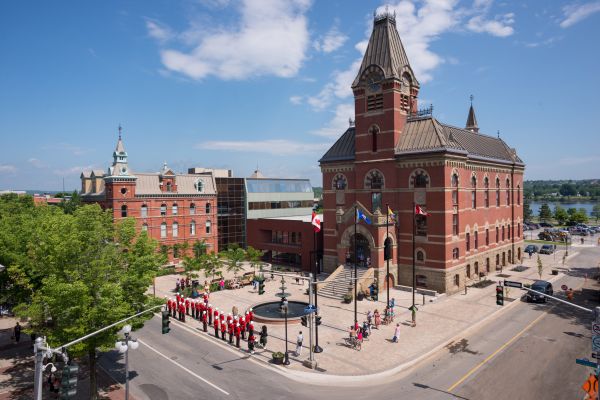 The riverfront city of Fredericton, New Brunswick’s capital city, is home to the Beaverbrook Art Gallery which houses 3,000 works of art from the Elizabethan era to the 20th century. Originally opened in 1959, the Beaverbrook Art Gallery was a gift from the noted Lord Beaverbrook, a New Brunswick native, a member of Sir Winston Churchill’s cabinet and baron of Fleet Street. The gallery is expanding with a new pavilion adding 14,000 square feet of space spread over three levels set to open in summer of 2017.

The city offers a wide range of free events including evening concerts in the Historic Garrison District, sundown yoga at the Lighthouse Adventure Centre and open-air showings of classic films. Every day during the summer visitors can watch the changing of the guard ceremonies and participate in walking tours of the historic city centre with costumed guides. 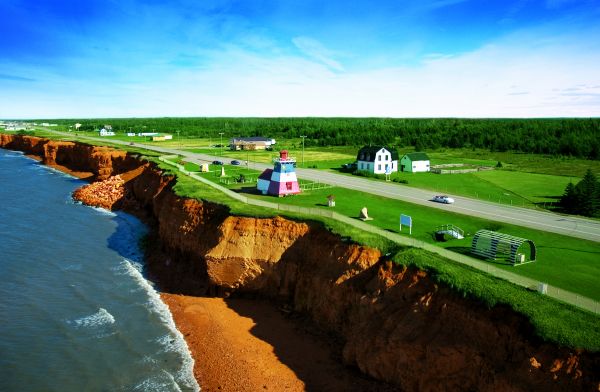 A visit to New Brunswick would not be complete without a self-drive tour up the Acadian Coast to explore the history and culture of the Acadians, who migrated to Canada from France in the late 16th century.

One of the high points along the way is the charming town of Caraquet. To get a feel for Acadian culture, a visit to La Village Historique Acadien, where actors recreate Acadian life from 1770 to 1949, is recommended. Head to the The Acadian Festival, which takes place during the first two weeks of August, to celebrate the culture of the Acadian people. Caraquet is also home to the Grand Tintamarre, a large parade ending the Acadian Festival on August 15th, which is National Acadian Day.

Other must-sees include the islands of Miscou and Lameque at the tip of the Acadian peninsula. Miscou features wind-swept beaches, peat bogs that turn scarlet in the summer and an historic lighthouse that travellers can climb for sweeping views of the area.

Lameque, with its decidedly French ambiance, also boasts fabulous beaches in addition to an Ecological Park highlighting the flora, fauna and ecosystems of the region. It’s also an excellent venue for kite surfing. In July, the island hosts the Lameque International Baroque Music Festival, the oldest in Canada.

Thinking of a holiday to New Brunswick? Call us on 0161 888 5632 and our Canada experts will personalise the perfect holiday for you.