Summer in Calgary can be a great time to explore and uncover some of the best activities the city has to offer. As the days last longer and the summer temperatures increase it's easy to spend some time wandering through Alberta's largest city and its surrounds, with so much to offer you may even want to extend your stay!

Float down the bow river

Calgary is the gateway to the Rocky Mountains which means not only great views on the horizon but also marks the starting point of the mighty Bow River which Calgary has been built along. The Bow River flows all the way from the Rocky Mountains stretching an impressive 587 km in length as it passes through the city resulting in a variety of water activities. Pick up a raft, kayak or paddleboard and dive in for a relaxing float along the wide stretched river lasting anywhere from 1-4 hours. Take in unique views of the Calgary skyline from the river whilst passing under city bridges including the popular Peace Bridge to gain a different perspective, ideal for a hot summer afternoon. 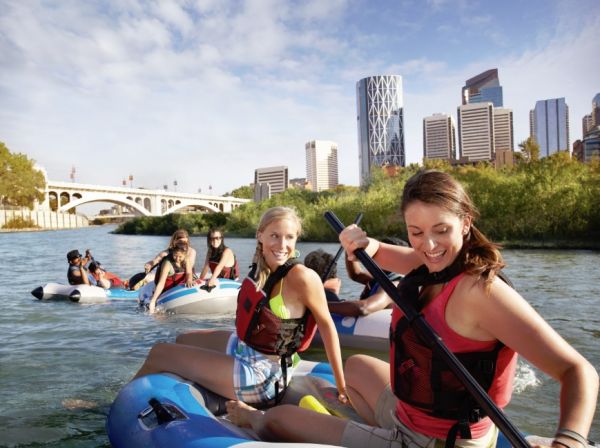 Calgary’s home to a massive outdoor living history museum called Heritage Park. They use the slogan ‘how the west was once with a showcase of memorabilia from years past and a replica village comprising of original buildings dating back to the 1860s which have been relocated to Heritage Park. Enjoy a horse-drawn wagon ride, old-time amusement rides, a paddlewheel boat or perhaps dine in style aboard a moving steam train through the historic village. With over 180 exhibits Heritage Park offer a journey through the 1860’s fur trade era, 1880’s rustic pre-railway settlement, 1910’s prairie railroad town and the 1950’s Gasoline Alley Museum. Costumed interpreters will immerse you in the experience of sharing their tales from the past, if lucky you may even hear a ghost story or two. 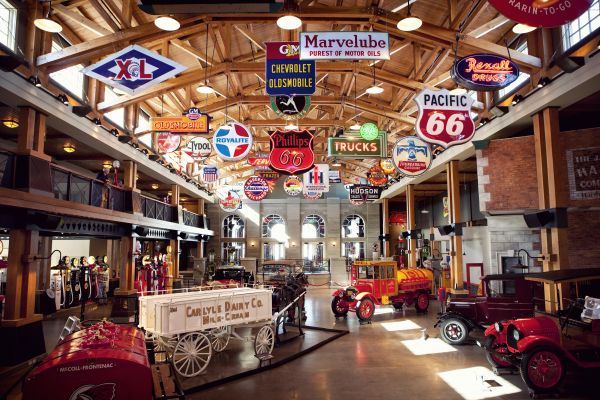 When you think of riding a Luge usually the idea of ice and winter, springs to mind but at Downhill Karting you can experience the thrill of riding a luge-shaped cart downhill in Calgary during the summer. Located at the Winsport Canada Olympic Park which was originally used as a venue for the 1988 Winter Olympics, easily recognisable when you notice the large ski jumps. Once strapped into your cart let gravity take control as you wind down over 50 twists and turns on a 1800m long track. The fun doesn’t end with the luge, you can also try mountain biking or zip lining for a fun-fuelled day of adventure. 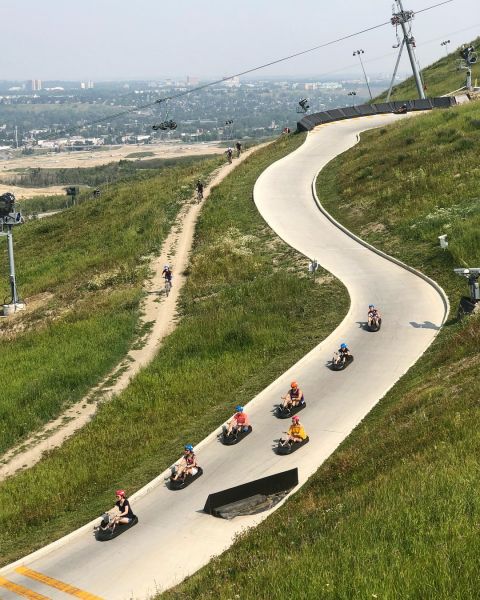 Right in the heart of Calgary an unmissable iconic structure stands tall, the Calgary Tower which has offered visitors panoramic views of the city and the distant Rocky Mountains since 1968. Many locals refer to the tower as Calgary’s heartbeat when it illuminates at night its LED colours change depending on the season or special occasion sometimes its lighting pattern resembles that of a heartbeat. A visit to the 190 m top of the tower will bring you to an observation deck equipped with glass floor panels and an optional multimedia tour. SKY 360 – a rotating restaurant which completes a full rotation every 45 minutes during lunch hours is located at 155m and located on the second level an upscale steakhouse that offers fantastic service and hospitality. Before leaving Calgary Tower enjoy an immersive short film in the theatre room showcasing breathtaking fly-through footage of Alberta and the construction of the tower. 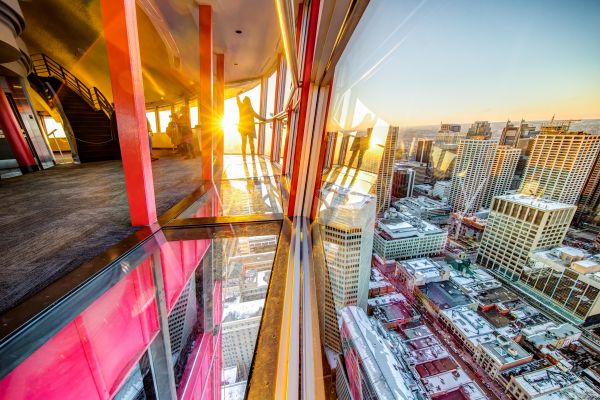 One of the most exciting events in Alberta’s annual calendar is the highly anticipated Calgary Stampede. Since 1912 the annual rodeo show has grown into a world-class event and attracts over a million visitors across 10 days of festivities. Expect to find delicious food, sweet treats, fun rides, entertaining shows, bucking cowboys, live music and much more. It's easy to see why they named it “The greatest outdoor show on earth”. The stampede has made such an impact on the community that during the event most businesses trade out their work outfits for plaid, and jeans and embrace Western-style décor across Calgary. As a bonus every year during the stampede Calgary has embraced a tradition of serving free pancake breakfasts with hundreds of participating café/restaurant/community centres volunteering to make sure you’re well fed before the rodeo. 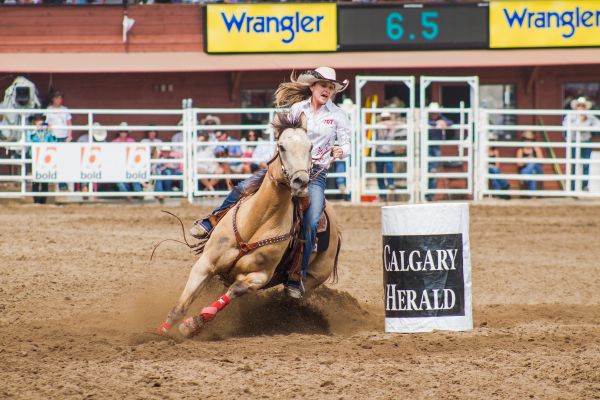